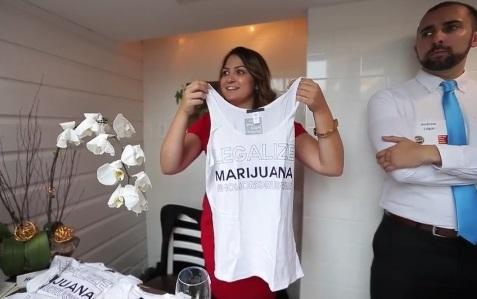 PHILADELPHIA — Marijuana has gone mainstream at the Democratic National Convention this week.

Democratic officials, including Oregon Rep. Earl Blumenauer and his state’s Attorney General Ellen Rosenblum, mingled with pot industry executives Monday night at a reception at a sleek bar downtown, miles away from the convention hall.

A day earlier, the Marijuana Policy Project staged a fundraiser to support its work to push new laws around the country legalizing the use of marijuana. And inside the hall Monday, convention delegates endorsed a platform that calls for a “reasoned pathway” for the drug’s legalization.