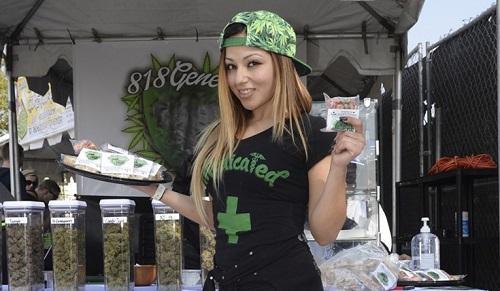 A proposed, 15 percent tax on medical marijuana sales would push the government's take on retail pot in Los Angeles to more than one fourth of the advertised price.

The city's take is already 5 percent, and the state levies normal sales taxes (about 7.5 percent) on weed sales, so your $200 ounce of Skywalker OG could end up costing you more than $250.

Longtime cannabis advocates are opposed to the bill by state Sen. Mike McGuire of Sonoma County, which would impose a state tax of 15 percent on medical pot in order to help fund the coming "regulation of cultivation, processing, manufacturing, distributing and sale of marijuana," according to a statement from his office.

The cash is needed, McGuire argues, to help build the regulation bureaucracy called for under a trio of bills, collectively known as the Medical Marijuana Regulation and Safety Act (MMRSA), signed by Gov. Jerry Brown late last year.

Politics 16 February 2016
WeedWorthy News Network uses cookies to ensure that we give you the best experience on our website.
I accept