Hot off the press cannabis, marijuana, cbd and hemp news from around the world on the WeedLife News Network.
1 minute reading time (275 words)

You can bring marijuana into this year's U.S. Open 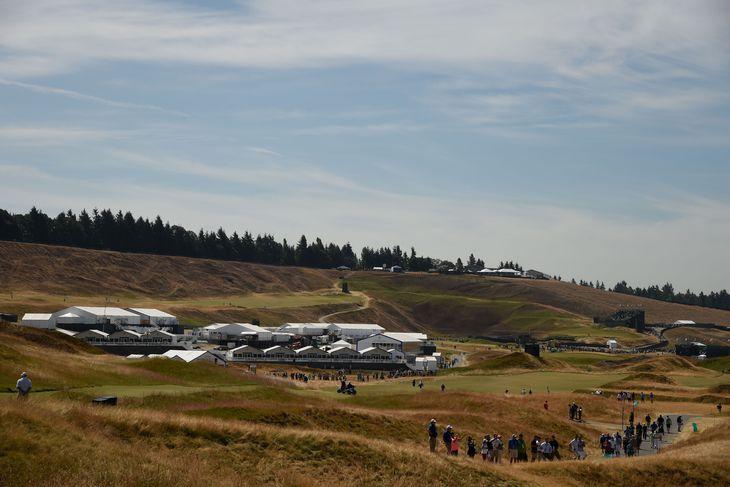 Brian Floyd ~ SB Nation ~
It's legal in Washington State, but is it against the rules to bring it to Chambers Bay during the U.S. Open? No!

~
Marijuana is legal in both Washington and Colorado, and shops to buy legal weed are all over the Seattle area at this point. With the U.S. Open in Tacoma at Chambers Bay, I wondered if fans could just walk in with their completely legal marijuana.
So at the risk of getting put on some kind of list you don't want to be on, I asked. Turns out fans are allowed to come through the security gates with marijuana -- bags are run through scanners and anyone entering the grounds has to walk through metals detectors after emptying pockets at checkpoints around the perimeter of the course.
The simple answer was yes, people attending the U.S. Open in Tacoma are allowed to possess marijuana on the grounds at Chambers Bay. If they come to the gates with it, volunteers were told to let them go through. This was, unsurprisingly, a specific point volunteers were briefed on before U.S. Open week.
However, it's not as though people are walking around the course lighting up. While it's legal to possess, it's illegal to consume marijuana in public. So while fans can bring it on the grounds, they can't, technically, do anything with it.
To recap: Marijuana is legal, thus allowed on the grounds at the U.S. Open. Don't bring a water bottle in, though. You'll have to throw that away.
~
Tags:
WeedWorthy Marijuana Legalization News, Legal Marijuana in Washington, WeedWorthy Travel News, WeedWorthy Cannabis Industry News WeedWorthy Recreational Marijuana News Brian Floyd, US Open Tacoma, Social Acceptance of Marijuana,
×
Stay Informed