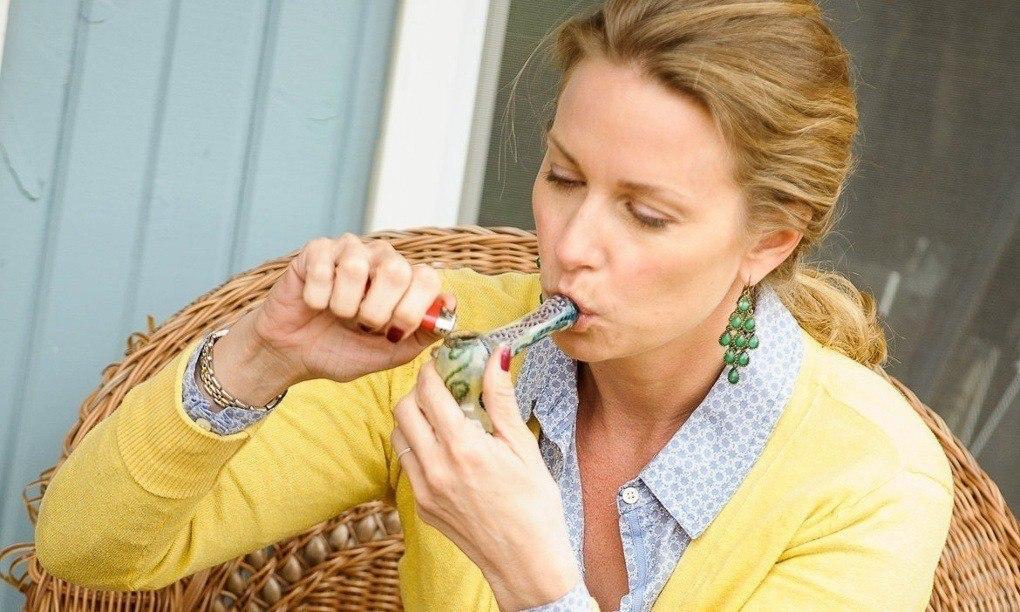 Jessica Valenti ~ The Guardian ~
Binge drinking is on the rise among women. We'd be better off smoking weed.

~
It felt serendipitous that I was in Denver when I read that there’s been a steep rise in women’s binge drinking across the United States. Because it struck me that if women smoked pot – now legal in Colorado – with the same gusto with which they seem to imbibe alcohol, perhaps we’d be in better shape.
A new study, published in the American Journal of Public Health this month, shows that while men’s binge drinking increased just 4.9% between 2005 and 2012, women’s rates rose by a whopping 17.5%. That’s a lot of bourbon. (Sorry, I don’t drink Cosmos.)
It’s hard to say why women are binge drinking more. We do know, though, that women are much more likely than men to have certain kinds of mental health issues – we’re twice as likely to have an anxiety disorder and 70% more likely to have depression. And we know that women tend to self-medicate using alcohol.
But unlike marijuana use - which outside of memory impairment shows very little in terms of severe physical damages – long-term use of alcohol has extremely serious consequences. According to the National Institute on Alcohol Abuse and Alcoholism, 5.8m American women have some sort of alcohol disorder and 26,000 women die from alcohol related causes annually. Deaths related to cannabis are so rare that German researchers claimed to find the first two cases just last year.
There’s a societal benefit to using weed instead of alcohol as well. Drunk driving kills 30 people every day in the US, but since Colorado has legalized marijuana, car crash fatalities have been on the decline. And let’s be honest – I’ve bet you’ve seen plenty of drunken fights and violence in your lifetime, but the only thing a high person is likely to get worked up about is the number of cheetos left.
I’m not advocating that women break out the bong and start a daily weed habit, but if you’re going to use a substance on a regular basis, it seems clear that marijuana use does significantly less damage than drinking. Especially if you’re using it to help quell anxiety issues.
After I had my daughter under some very scary circumstances – and struggled with PTSD as her health problems continued – I sought out therapy and tried several different kind of anti-anxiety medications to help me cope. I was living in Massachusetts at the time, where marijuana for personal use is decriminalized. It was only after I started smoking small amounts of pot several times a week that my symptoms abated and I was able to feel healthy again. (The government signed off on research last month that will test the impact of medical marijuana on veterans with PTSD.)
What worked for me won’t work for everyone; sobriety or moderation in all things is better than “binging” on anything. But while women are clearly suffering with alcohol problems at an alarming rate, it seems strange that we’re not looking more closely at safer alternatives – for women and for society.
~
Tags:
WeedWorthy Marijuana Legalization News, WeedWorthy Culture & Arts News, WeedWorthy Cannabis Industry News PTSD, Jessica Valenti, Marijuana Rebranding, safer alternatives to alcohol, self-medicate using alcohol,
Parents urge lawmakers to support hospital use of ...
The WeedLife Network debuts its ground-breaking We...