Hot off the press cannabis, marijuana, cbd and hemp news from around the world on the WeedLife News Network.
9 minutes reading time (1784 words)

What do we know about cannabis and creativity?

Jordana Wright had a problem.

While working on her second book, Cannabis for Creatives: How 32 Artists Enhance and Sustain Inspiration, her source material was piling up.

She had interviewed a wide range of artists about how cannabis factors into their creative processes, delved deeply into the science behind creativity and explored how cannabis and the brain interact. But she was struggling to figure out how to piece it all together.

So she smoked a joint.

“I smoked and I was stretching out and doing some yoga before bed, and I was laying and looking up at the ceiling and I just had this epiphany of what the book needed to be and how I needed to make it work to weave all these stories together and create this cohesive thing that could have more impact,” she tells The GrowthOp from her home in Belize.

“And that was absolutely the product of having smoked.”

Wright’s idea was to disperse interview quotes throughout the book to help merge the disparate artist stories and provide some anecdotal perspective to the more science-driven information.

The first half of Cannabis for Creatives lays the foundation, with chapters focusing on the relationship between creativity and cannabis, cannabis use throughout history and cannabis and the brain, among others; while the latter half of the book introduces readers to artists who talk about their individual experiences with the plant. The book concludes with guidance on how best to explore creativity and cannabis.

A multidisciplinary artist, Wright explains that the impetus for the book was partly fuelled by her own experiences with cannabis and how it’s helped her through times when she’s hit a creative wall. Cannabis can help quiet the internal noise that can get in the way of creating art, she says.

“So many of the creative blocks that artists experience are self-imposed. It’s our worries, our personal life and our professional life that creep in and get in the way of successful artmaking. Cannabis is a way to push those things out of your mind and open doors that might not otherwise open,” she explains.

“That’s something that it has always done for me.” 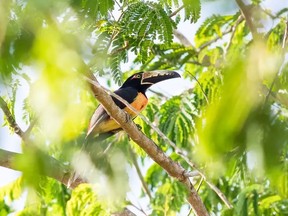 Many of the artists who Wright interviewed offer similar perspectives about cannabis helping to silence their inner critics.

“I think we all have this ultracritical voice telling us ‘you’re not strong enough to do this’ or ‘you have nothing interesting to say,’” Daniela Valdez, a writer and owner of the Mexico City-based publishing house, Tinta Roja Editoras, told Wright.

“Whenever I smoke cannabis, I can shut that voice up and start writing. It’s a really nice way to have some empowerment to do the things I love.”

What does the science say about cannabis and creativity?

While there has been very little research on the relationship between cannabis and creativity, Wright argues that the collective cultural zeitgeist shows that the two have been intertwined for a long time.

She adds that personal stories and anecdotal evidence are an important part of examining that relationship.

“I believe that the most useful information isn’t always found in data points and numbers, but in detailed accounts and storytelling,” she writes in the book’s introduction.

“The words we choose to describe our experiences and the perspectives those experiences lead us to form are perhaps the simplest solution to understanding the relationship between cannabis and creativity.”

However, when it comes to defining the best practices for boosting creativity, there are no universal solutions. For some, cannabis could be detrimental. For others, it can be a long process to identify the right cultivars, dosages and methods of consumption that lead to a creative lift.

“One of the greatest limitations for someone new to using cannabis is not just navigating the many thousands of different products that are available, but deciding how much to take,” Josh Kaplan, a professor of Behavioural Neuroscience at Western Washington University, told Wright.

“There are no use guidelines. You pick up a bottle of Advil, it says, ‘Take this many if you weigh this much,’ but with cannabis, there’s none of that.”

Last year, a study out of Washington State University, believed to be the first scholarly exploration of drug use and business ideation, found that cannabis consumption can both aid and impair entrepreneurial creativity.

Published in the Journal of Business Venturing, the study of 254 entrepreneurs found that cannabis consumption led to ideas with increased originality but decreased feasibility.

“Our results suggest that cannabis-using entrepreneurs might benefit from non-users’ insights to develop the feasibility of their ideas,” said Alexander Kier, one of the study authors and the assistant professor of entrepreneurship at the Carson College of Business.

“This may be especially true for cannabis users who tend to get very excited about coming up with new ideas or don’t have much experience founding new businesses, since others can serve as a grounding influence, providing a reality check on their ideas.”

A 2011 review, meanwhile, found that cannabis consumption can produce “psychotomimetic symptoms, which, in turn, might lead to connecting seemingly unrelated concepts, an aspect of divergent thinking considered primary to creative thinking.”

Of course, there are many factors that go into the creative process beyond cannabis, but Wright argues that many artists choose to add cannabis to “a ritualized creation process” that can help them enter the “Goldilocks zone.”

Often applied to astronomy and astrobiology, the Goldilocks zone is defined as the habitable zone around a star where the conditions are “just right” for life to exist.

“The cannabis high, as it relates to creativity, functions within its own Goldilocks Zone,” according to Wright.

“We want to have just enough cannabis in our systems to assist in our creative goals, but not so much that we’re rendered a giggling or paranoid pile of mush. Finding the right strain, the right method, and the right dosage are vital for having a successful creative high, but it’s not a straightforward process.” 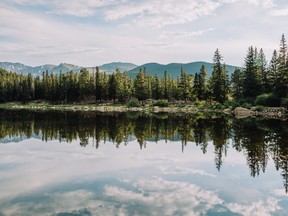 “I can write some types of content after smoking a hit or two, but if I get too high, I have to wait and come back down a bit. Photography is a looser process. I can edit photos in much more fluid conditions without privacy and have fun doing it.”

She also found that some artists prefer to microdose before working, while others smoke cannabis in large amounts. She looks to the science to explain these differences and attributes it to body chemistry, age, experience level and diet, among other factors.

She adds that novice consumers will need to work to find the right cultivars, methods, quantity, frequency, and environment that work best for them.

Another recurring theme throughout the book is cannabis helping to provide artists with a needed perspective shift.

Barrett Guzaldo, a self-taught recording engineer and co-founder of Chicago-based Treehouse Records, says cannabis can be a “mind-expander” when it comes to creativity. Guzaldo says he writes and records without cannabis but revisits his work after consuming.

“I always thought that was a really valuable tool for making music because sometimes you get so wrapped up in it and you kinda lose total perspective; you don’t even know what it sounds like anymore,” he told Wright.

“You get stoned, and it changes your perspective. It’s like you’re hearing it how someone else would hear it. You’re wiping your mind clean.”

Kay Villiam, a photographer and entrepreneur, also told Wright that cannabis allows her to see her work from a different vantage.

“A lot of my profound moments, my best ideas, answers to a lot of my questions, happen with cannabis,” she says.

“Just seeing things at literally that higher level, it gives you perspective, which then makes you more creative and more open to different things. I feel like it activates parts of your brain, wakes up certain receptors that weren’t awake.”

For Garrett Shore, a New York City-based multidisciplinary artist, he says cannabis can help jump-start his creativity but “weed can never be the gasoline that runs your engine.”

“Sometimes I will want that jump start, so I smoke, but I’m always very careful about not letting it become this thing that I need. There are chapters of my life where I’m gonna smoke more weed. In those chapters, I’m glad that I have marijuana in my life. It’s not an all-the-time go-to, but I’m happy it’s there, the same way that I’m happy that I have jumper cables in my car.”

Wright, who previously lived in Colorado and Illinois, sourced her interview subjects largely from the U.S., though there are also artists from Canada, Mexico and Europe. To find interviewees, she reached out to friends and colleagues asking for introductions to relevant creatives and recruited people through social media. 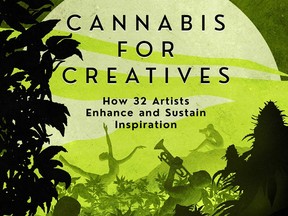 In a few instances, interviewees were given pseudonyms due to concerns that revealing their cannabis use could lead to professional pushback. Wright says she still included their responses in the book as they offered unique insights and adds that cannabis stigma was one of the motivations for writing the book in the first place.

“I don’t want people to feel like they have to come out of the cannabis closet anymore,” she says.

“If you hang out with co-workers for the first time and say ‘I drink wine after work,’ it’s just either assumed already or no one cares. And I’d love to see [cannabis] have that same level of legitimacy where people aren’t just automatically judging you because you like your cup of coffee in the morning, you know? It’s no different.”

Wright admits that, for some, cannabis will be detrimental to their creative efforts but adds the experience is so individual that it can be difficult to draw firm conclusions. She suggests consumers keep track of their experiences in a notebook to better understand how they react to certain products and dosages.

“Regardless of what laboratory studies turn up in the future, cannabis enthusiasts will continue on as generations have before them,” she writes.

“By experimenting with dosage, strain, environment, and other factors, we can effectively curate our experience. We can call forth creativity as long as we hit that magic Goldilocks Zone and figure out how to stay there.”

Inside the mind of a medical cannabis pharmacist i...
Pigeon seen smuggling cannabis into Peruvian priso...

Getting high during a heat wave: How to safely use cannabis during summer

Delta-8: What you need to know to get started