Veterans’ cry: ‘I found marijuana, and it saved me’ – Cannabis News 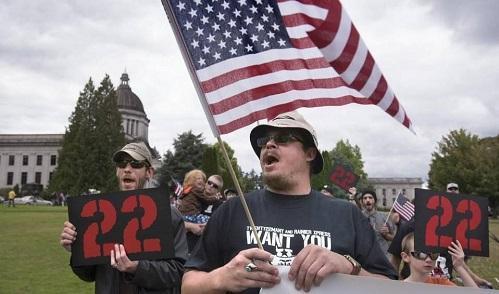 About 200 people gathered outside the Washington State Capitol on Friday for the second annual Veteran Suicide Awareness March to bring hope to war veterans and advocate for a bill that would include post traumatic stress disorder and traumatic brain injury in the state’s medical cannabis program.

Twenty22Many, which organized the march, is trying to address the overwhelming number of veteran suicides happening around the nation.

The group was formed in 2014, when founder Patrick Seifert learned that more than 22 veterans per day were committing suicide.

The group’s mission Friday in Olympia was to advocate to allow war veterans with PTSD and TBI to get off pharmaceutical drugs and on medical marijuana.

First home delivery of medical-grade marijuana mad...
These Martial Artists Use Marijuana to Get to a Hi...