Hot off the press cannabis, marijuana, cbd and hemp news from around the world on the WeedLife News Network.
3 minutes reading time (667 words) 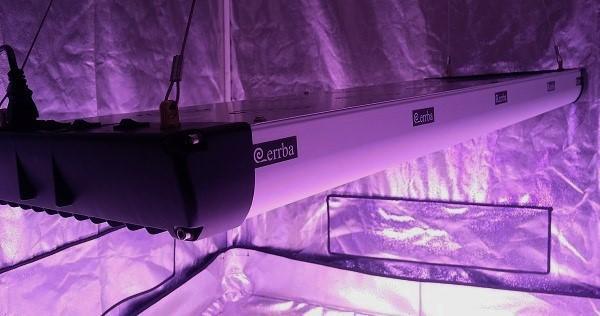 LED lamps, while still controversial, are being touted by some cannabis entrepreneurs as a low-energy, environmentally-friendly way to control the industry’s costs.

As the legal marijuana industry gains momentum and flourishes, more growers are scrambling to find the most cost-efficient ways to produce their cannabis for a rapidly-expanding market.

An estimated one-third of the overall U.S. cannabis crop is grown indoors, and the energy costs for that indoor cannabis production are staggering. A scientific report released several years ago estimates marijuana cultivation consumes one percent of all energy produced nationally, at a cost of about $6 billion annually.

But until more legal cannabis is grown outdoors or in greenhouses, a possible answer to the industry’s energy dilemma is LEDs, or light-emitting diodes.

LED technology has been popping up all across the consumer landscape in recent years; not only in home lighting but also in consumer electronics, car headlamps and traffic signals.

And now, many in the legal cannabis industry believe LED lamps may solve some of the heat and energy problems that have been plaguing indoor marijuana growers for decades; while in turn making indoor grows more sustainable.

As a recent article in Wire.com noted, LED lamps can be customized to give off specific wavelengths of light, “that can be fine-tuned to the plant and its stage of growth.” LEDs also use about 60 percent less energy than traditional grow lights and throw off much less heat – which also saves on indoor air conditioning expenses.

One of the major problems with LED technology over the years, however, has been its initial expense. LED lighting can cost up to ten times as much as the traditional metal halide and high-pressure sodium grow lights.  LEDs are also, in many cases, modular; and their complex technology makes it hard for an average user to replace individual bulbs.

Those early, underpowered LED set-ups “were easily about $5,000 for one panel,” says Jonathan Villagomez, president of Errba Spectrum, an LED lighting company in Houston, Texas. A former IT consultant, Villagomez is one of the many legal cannabis entrepreneurs working to make LED technology the industry standard. He now manufactures LEDs with unique customized diodes, for less than $2,000 per large panel, allowing growers to fine-tune their grow cycles.

“We have three switches on our lights: one for the vegetative stage, one for the bloom stage and then one for the UV-plus white light,” Villagomez tells WeedWorthy. “And with those three switches you have full spectral control over the plant. You can save electricity by only running it in vegetative mode, or you can fully blast it with all the power of the panel during bloom.”

And despite the initial upfront costs, Villagomez says LED technology pays for itself with long-term energy savings. Light from his LED panels, he notes, reaches an efficient 60 percent photosynthesis rate (creating the kind of light needed to successfully grow plants), with only 40 percent heat dissipation. In comparison, normal high-pressure sodium lights and other HIDs (high-intensity discharge lights) have only a 10 percent photosynthesis rate, with 90 percent heat dissipation and output.

“It’s a domino effect,” he says. “If you have a light that outputs less heat, then you not only have to use less temperature control for those lights but electrical use goes down as well for the entire grow room.”

LED grow lighting is still the exception, rather than the rule, in most indoor cannabis grow operations. And Villagomez says the technology’s newness means there’s a lot of incorrect and negative information floating around the cannabis sector about LEDs.

“This is indeed a disruptive technology,” he adds. “It’s meant to be the replacement, the next standard. It’s time for the lighting technology to be uprooted and changed in a major way.”