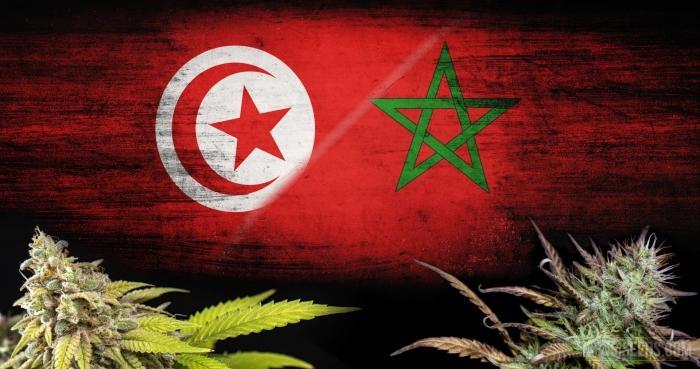 While just a few years ago, it was still taboo to talk about legalising cannabis in Morocco and Tunisia, nowadays, everyone is talking about.

Thanks to a law that was reformed just recently, but which even now punishes almost any contact with hemp with a 1 to 25-year prison sentence, Tunisia’s jails are still full of cannabis users.

These draconian punishments, which were introduced in 1992 under ex-dictator Ben Ali, were amended very slightly at the end of March by the new Tunisian government following massive public criticism.

Judges are now allowed to grant a pardon for a first offence.