Hot off the press cannabis, marijuana, cbd and hemp news from around the world on the WeedLife News Network.
1 minute reading time (257 words) 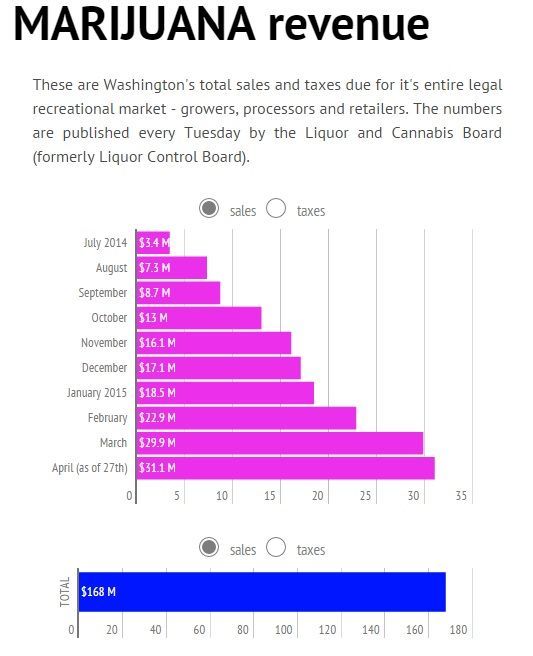 Jake Ellison ~ Seattle PI ~
Sales in April through the 27th (which include growers to processors, processors to retailers and retailers to, well, you maybe) had already topped sales in March -

~
Follow the Seattle pi link above for a 99 image Slide Show to tour Seattle's recreational marijuna shops.
Sales in April through the 27th (which include growers to processors, processors to retailers and retailers to, well, you maybe) had already topped sales in March — $31.1 million to $29.9 million. That’s an upward trend that will not level off for some time yet, since the state still needs to license nearly 200 more retailers to hit its 334-store target.
Plus, the new state law regulating the medical market requires the Liquor and Cannabis Board (formerly the Liquor Control Board) to reopen its application process and give priority to the “good actors” in the current, soon-to-be-eliminated medical marijuana market.

Now … if the Legislature in special session passes House Bill 2136 — the bill by Rep. Reuven Carlyle (D-Seattle) that would streamline and reduce taxes as well as other regulations standing in the way of more and more-profitable stores — then there may be less taxes paid in the short term, but the overall increase in sales will more than make up for it.
Click

to view the infographic.

How The Tesla Battery Will Benefit Marijuana Growe...
Former DEA agent speaks out in support of legalizi...