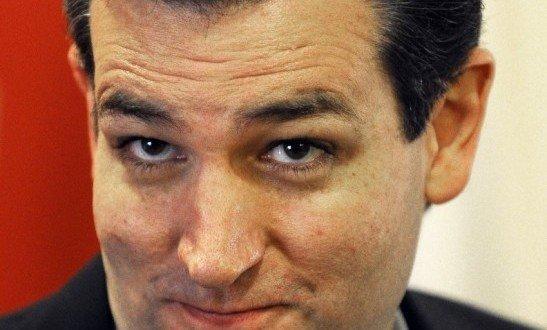 ~
At the Conservative Political Action Conference (CPAC) in Maryland today, Sen. Ted Cruz (R-Texas) endorsed marijuana federalism during an exchange with Fox News talk show host Sean Hannity. "Look," Cruz said. "I actually think this is a great embodiment of what Supreme Court Justice Louis Brandeis called 'the laboratories of democracy.' If the citizens of Colorado decide they want to go down that road, that's their prerogative. I personally don't agree with it, but that's their right."
It is heartening to hear Cruz, a likely candidate for the Republican presidential nomination, endorse this position, which any consistent federalist should support, regardless of his feelings about marijuana. Yet it seems inconsistent with Cruz's criticism of the Obama administration for failing to interfere with legalization in Colorado and Washington. Speaking at a Texas Public Policy Foundation conference in Austin a little more than a year ago, Cruz argued that the Justice Department should be vigorously enforcing the federal ban on marijuana in those states:
A whole lot of folks now are talking about legalizing pot....And you can make arguments on that issue. You can make reasonable arguments on that issue. The president earlier this past year announced the Department of Justice is going to stop prosecuting certain drug crimes. Didn't change the law.
You can go to Congress. You can get a conversation. You could get Democrats and Republicans who would say, "We ought to change our drug policy in some way," and you could have a real conversation. You could have hearings. You could look at the problem. You could discuss commonsense changes that maybe should happen or shouldn't happen. This president didn't do that. He just said, "The laws say one thing"—and mind you, these are criminal laws; these are laws that say if you do X, Y, and Z, you will go to prison. The president announced, "No, you won't."
The Justice Department did not actually say it would "stop prosecuting certain drug crimes." In the memo to which Cruz was alluding, Deputy Attorney General James Cole told federal prosecutors they should focus their efforts on marijuana suppliers who are either breaking state law or implicating any of eight "federal law enforcement priorities." For good and ill, the feds have a great deal of discretion in how they enforce the Controlled Substances Act, and they have never prosecuted more than a tiny percentage of violators. Yet Cruz criticized the Obama administration for using that discretion to respect state policy choices. The alternative—raiding every state-licensed grower and retailer—would have effectively shut down these "laboratories of democracy," or at least their experiments with allowing commercial production and distribution.
If the prospect of seeking the Republican nomination has encouraged Cruz to rethink this issue, that's a hopeful sign not only for him but for his party. "Marijuana policy reform is, at its heart, a conservative issue," says Don Murphy, a former Republican state legislator from Maryland who now works at the Marijuana Policy Project. "This is a matter of federalism, the 10th Amendment, and state autonomy, which are core conservative priorities. Marijuana prohibition is a failed federal government policy, and rolling it back should be on the agenda of every principled Republican lawmaker. It's encouraging to see so many Republican presidential hopefuls have embraced the position that the federal government has no business interfering in state marijuana laws."
~
Tags:
Jacob Sullum,
Colorado Sold 7 Tons Of Retail Marijuana In First ...
Va. Gov. Signs Bill Allowing Marijuana Oils to Tre...