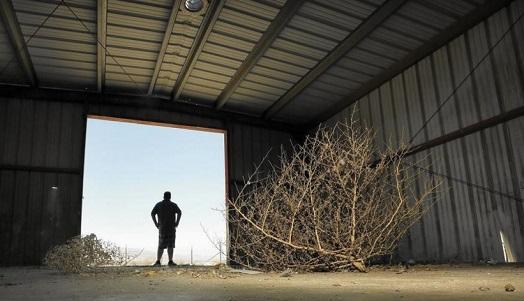 As the first city in Southern California to legalize large-scale medical marijuana cultivation, Desert Hot Springs has been inundated by marijuana growers and developers.

Carlos Bravo, the owner of a tow company here, was at work late last year when a real estate agent came to him offering half a million dollars for 5 acres of undeveloped, brush-pocked desert — five times what he'd paid for the land six months earlier.

"I thought he was joking," Bravo said. The man came back the next day, making it clear he was not.

A few days after he had signed the paperwork, Bravo said, another man offered him $1 million.