This 4/20, Catch A Buzz With A Cannabis Cocktail - Cannabis News 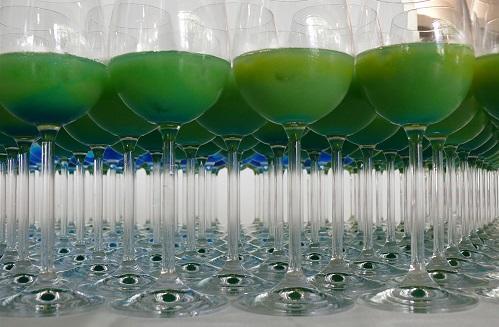 While basement chemists and chefs continue to elaborate on edibles, the market is looking toward “drinkables” as the next frontier in catching a high.

Like the word “gay,” the term “edible” has adopted a radically different accepted use than was originally intended.

Thanks to mainstream media coverage of medicinal marijuana and the drug’s recreational legalization in seven states, plus Washington, D.C., “edibles” now generally refer to the psychoactive chemical compounds in marijuana … ingestible in the form of food as simple as a jelly bean or as gourmet as fois gras.

Some Arab governments are rethinking harsh cannabi...
Study: Compound in marijuana seems to help with se...