In the words of Thomas Jefferson, third American president and avid hemp farmer: “Hemp is one of the greatest, most important substances of our nation.” Roughly two hundred years later, the United States is finally taking Mr. Jefferson at his word.

The U.S. Department of Agriculture (USDA) announced on April 27 that it’s partnering with a private chemical manufacturing company on a two-year project, a move that could vastly expand the market for hemp-infused cosmetics.

The project’s aim is to forge new processes that could generate what the USDA dubs “cosmeceuticals,” or ingredients that “perform specific functions, like protecting skin from UV light, retaining moisture, or stabilizing other active ingredients used in skin-care formulations.” 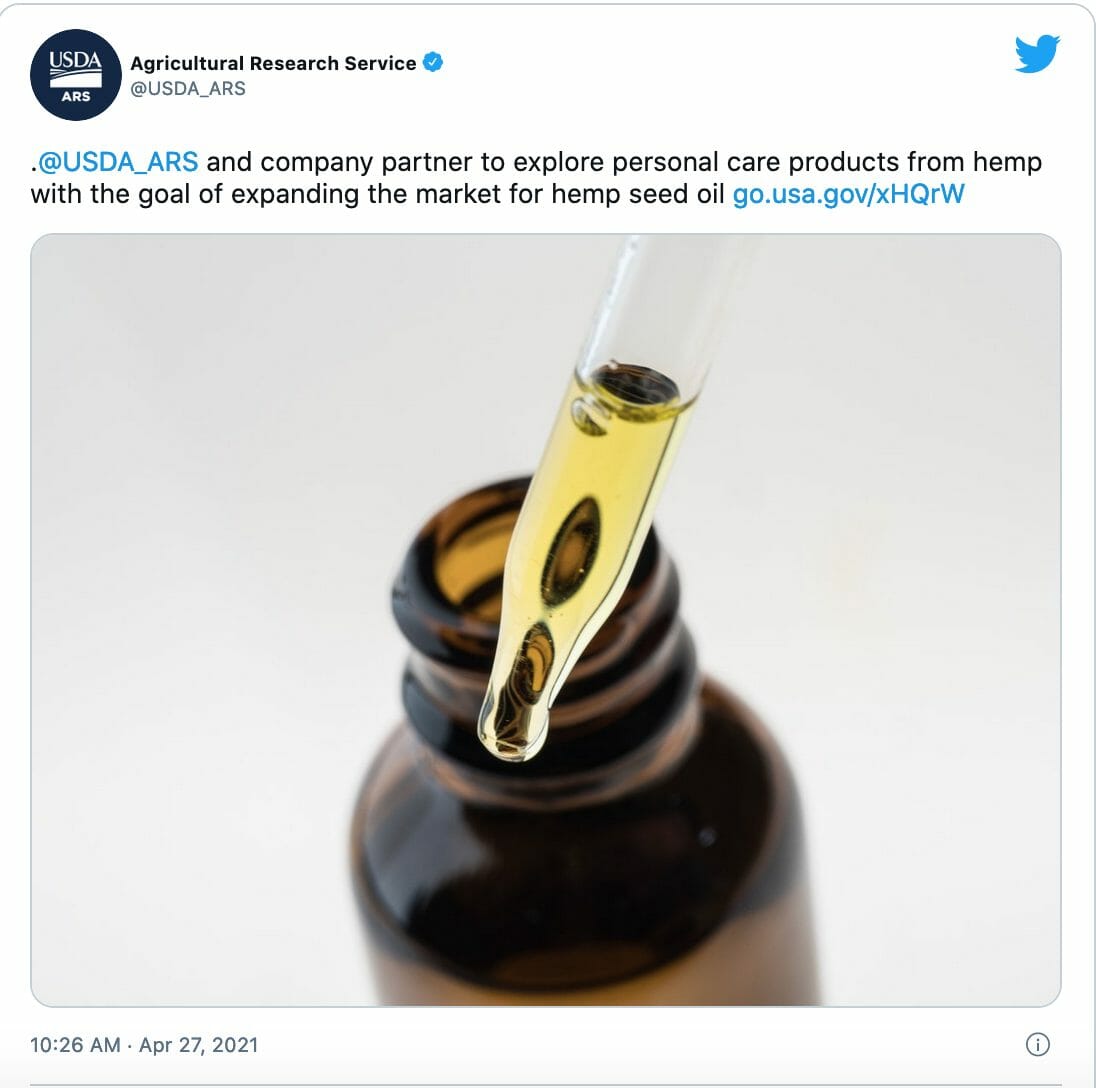 USDA’s previous scientific work revealed that this process can be used to create compounds called feruloyl soy glycerides made from soybean oil. These glycerides have since been used as ingredients in personal care products “because of the ultraviolet absorbance and antioxidant properties that they offered,” USDA stated.

Now the USDA is interested in exploring the potential of applying this process to hemp seed oil. It’s just the latest example of Uncle Sam showing a keen interest in developing the hemp industry. USDA stated: “Collaborating with industry partners like MBC, which has expertise in enzymology and the infrastructure for scale-up, is critical to exploring expanded uses for our original technology.”

The USDA also stated that its researchers are developing innovative new methods to “better process hemp into fuels, lubricants and adhesives, as well as functional food ingredients and fiber products.” At the same time, the USDA is seeking permission to collect data on hemp production from tens of thousands of farmers and ranchers.

Growing industrial hemp was banned in the 1970s when the federal government toughened the criminal code on marijuana. Hemp was ensnared in the “War on Drugs,” but it contains little of the psychoactive component THC found in marijuana.

But these days, hemp is legal, thanks to the 2018 Farm Bill. Large corporations are infusing the newly legal plant within a myriad of commonly found consumer products.

Hemp is the strongest natural fiber in the world and boasts up to 50,000 uses, many of them in the industrial sector. Hemp also conveys several food, beverage, health, and personal care applications.

Hemp and marijuana are botanical cousins, although the former doesn’t convey the “buzz” of the latter. As the hemp industry gets bigger and invades the consumer retail market, an increasing number of marijuana companies are branching out into hemp and making it a part of their product menus.

Hemp and marijuana are symbiotic markets. Marijuana tends to get most of the media attention, but don’t give short shrift to the booming hemp industry. Indeed, hemp is becoming a nationwide consumer fad. Thomas Jefferson would approve.

April Marijuana Sales in Oregon, Illinois Set New ...
How to Protect Your Rights and Ownership Stake in ...