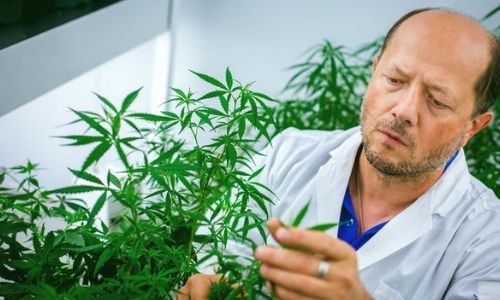 The Canadian government is scrambling to respond to a glut of license applications for cannabis research prompted by the drug’s legalization in October 2018. The queue of applicants—there were 251 in line as of late July—and the attendant monthslong waiting times are frustrating scientists interested in the basic biology and therapeutic possibilities of cannabis. The delays are also prompting criticism of Health Canada, the agency charged with issuing the permits.

“Everybody is growing, consuming, and buying it, but the labs are still: ‘How do we get these projects going?’” says Jonathan Page, chief science officer for Aurora Cannabis in Edmonton, one of Canada’s licensed producers of the psychoactive plant. “The [licensing] system is swamped, and research is not exactly, I think, a priority.”

Health Canada says it is committed to the research and is trying to speed the process. But for now, “It’s incredibly slow—much slower than it used to be,” adds Igor Kovalchuk, a plant geneticist at the University of Lethbridge, who began to study cannabis under regulations governing it as a narcotic, before it was legalized for recreational use in Canada. “October 17, 2018, is when things slowed down tremendously.”Cannabinoid profile: THC-dominant (19-23% on average)