Hot off the press cannabis, marijuana, cbd and hemp news from around the world on the WeedLife News Network.
4 minutes reading time (773 words) 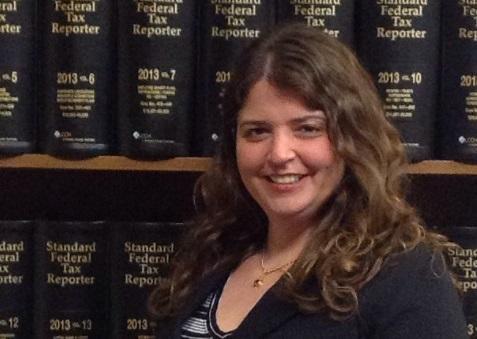 As painful as tax season can be for many Americans, it’s even more grueling for legal cannabis businesses; who often find themselves caught in a financial, governmental and regulatory vise.

At the heart of the issue is marijuana’s continued classification by the federal government as a Schedule I drug – which the government defines as substances having “no currently accepted medical use and a high potential for abuse.”

Due to that Schedule I classification most banks and financial institutions are reluctant to do business with legal marijuana companies; out of fear their organization might end up on the wrong end of a federal prosecution.

At the same time, the legal cannabis sector is being squeezed by a relatively obscure regulation known as Section 280E of the federal Internal Revenue Code – which denies legal marijuana businesses standard tax deductions because cannabis remains a Controlled Substance.

Therefore, as an IRS report noted, while legal marijuana businesses are required to file federal income tax returns they cannot deduct most of their business expenses. And as Forbes pointed out last year, Section 280E means that legal marijuana businesses face the triple threat of tax evasion charges if they don’t report their earnings, possible criminal prosecution if they do or, due to their crippling IRS tax bills, the threat of bankruptcy.

While some cannabis businesses in marijuana-friendly states have challenged 280E in tax court, a growing number of cannabis companies are relying on accountants and tax experts to help them navigate around potentially-disastrous tax issues with community, state and federal governments.

“I think it’s really about keeping meticulous records and being able to substantiate the numbers you put on your tax returns,” says Liana Held, founder and CEO of Liana Limited; a San Francisco-based consulting, accounting and human resources firm that provides services to the medical cannabis industry.

Although most of her clients are in California, Held tells WeedWorthy she currently works with marijuana companies in a half-dozen states; all of whom are trying to keep both federal and local tax officials happy.

And for her, business has been brisk: as her company helps clients not only work out their 1099 forms but also make their way through local licensing, regulatory and tax issues. At the same time, Held’s firm writes operations manuals and employee handbooks, advising legal cannabis companies on the best ways to remain tax-compliant.

Held says many marijuana entrepreneurs, particularly in California, are struggling to keep up as lawmakers try to establish new state-wide regulations and tax structures for the legal pot industry.

For example, she says, one of the incentives currently under consideration by California lawmakers would impose a tax of $9.25 per ounce of cannabis sold – while in the city of Oakland there’s an additional five percent tax marijuana business owners have to pay. And that’s on top of an additional 40 percent corporate income tax that goes to the IRS, without the benefit of the standard deductions that traditional companies are allowed.

Held doesn’t believe that California voters will approve outright recreational legalization later this year, during the November elections. “I think they’re going to call for a regulatory framework where cannabis can be sold, but I don’t think it’s legalization,” she tells WeedWorthy.

No matter what happens politically, Held thinks the cannabis taxation issue is going to be a sticking point for years to come. Part of the problem, she says, is getting marijuana operations with their underground origins to evolve from a “rubber band and envelope economy” into legitimate and transparent businesses that use the wide spectrum of record-keeping applications and software available.

“I’m taking a lot of these people, who have been shy of electronic devices and shy of record-keeping and shy of receipts,” she adds, “and teaching them how to keep receipts, and how to store these receipts so that they can be used to defend themselves in (government) audits.”

Held’s work is in demand across the legal cannabis industry. She’s holding a tax tips seminar in Colorado next month, and is part of several other panels elsewhere. Her company also does a lot of in-office training, to help legal cannabis companies organize their tax receipts, train accounting staff and make the transition into successful and tax compliant businesses.

“Not everyone is aware of how mainstream the cannabis sector already is,” she says. “As we have more legalization more people in underground economy will want to come into the light, and take part in the regulatory framework.”