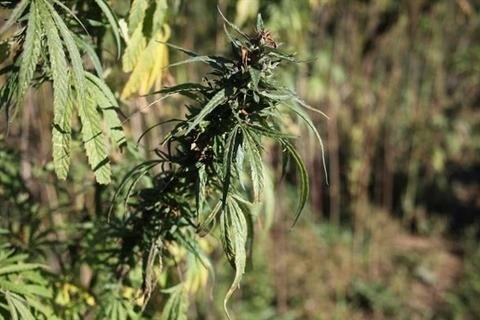 Johnny Green ~ The Weed Blog
Marijuana reformers and hemp reformers have fought side by side for many years.
~
In a lot of cases, people support both causes. But there is a battle brewing between both sides. It appears that a lot of people didn’t realize that hemp plants can ruin marijuana crops due to cross pollination. I own a movie called Hempsters, which is a great film that I encourage everyone to watch at least once.
In the film hemp farmers point out that cross pollination from hemp can ruin half of a marijuana crop in the first generation, and that by the third generation, almost the entire marijuana crop will have been turned into hemp due to cross pollination. The movie talks about how if law enforcement truly wanted to eradicate illegal marijuana gardens on public lands, they would just spread a bunch of hemp seeds around and it would take care of the problem very effectively and easily, but that law enforcement won’t even consider it because they have fought so hard to keep hemp illegal.
That fact has caught some marijuana growers off guard, especially outdoor growers. This is starting to lead to some tension in my home state (Oregon) where the Oregon Department of Agriculture has licenses Oregon’s first hemp grower. Per Oregon Live:
Southern Oregon marijuana growers want to ban industrial hemp production from the region out of fear that hemp may pollinate their crops and render them worthless.
Some outdoor marijuana growers want industrial hemp cultivation to be limited to eastern Oregon – far from their lucrative marijuana crops. At the very least, they don’t want hemp in Josephine, Jackson and Douglas counties.
Compared to Oregon’s marijuana legalization movement, the effort to launch an industrial hemp industry in Oregon has been an understated one propelled by a small but passionate group of advocates. When one of them, Edgar Winters, of Eagle Point, got a permit this month to grow industrial hemp on 25 acres in the heart of the state’s outdoor marijuana growing region, his neighbors were alarmed.
There is no easy solution to hemp cross pollination. If a hemp field is located near an outdoor marijuana garden, the chances of that marijuana turning into hemp is very high. Indoor growers will have it a little bit easier due to air filtration systems, but even then pollen from hemp plants can still make it through with today’s technology. If anyone out there is looking to make a big splash in the marijuana industry, they should try to invent better air filters that completely prevent hemp pollen from entering an indoor marijuana garden. I’m curious to see just how much hemp is actually going to be grown in states that have recently legalized it, and what the true affect on marijuana cultivation will be.
~
Tags:
Weed Worthy Hemp News, WeedWorthy Science News, Johnny Green,
DC Activists Prepare For Marijuana Legalization To...
The U.S. Could Finally Legalize Retail Marijuana