The future of hemp is being cultivated at U.S. academic institutions 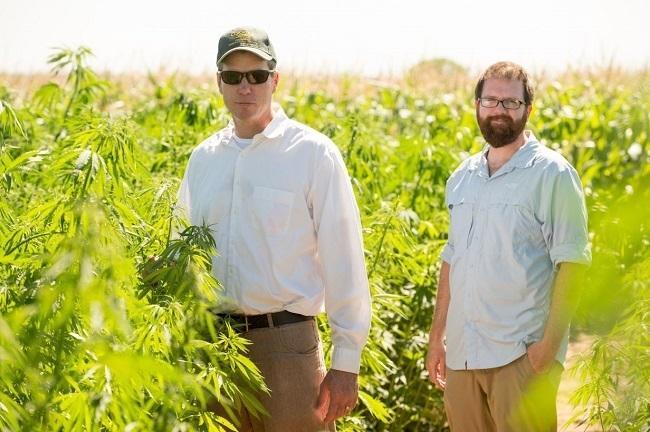 ~
After decades of being outlawed, industrial hemp is finally regaining some ground across the American landscape.
Even though hemp contains only trace amounts of THC, the chemical that produces the intoxicating effects in marijuana, it is still a variety of the cannabis plant and therefore illegal under the federal Controlled Substances Act.
But there are signs of change. Earlier this year, President Obama signed into law the 2014 Farm Bill – which contained a provision allowing industrial hemp to be grown or cultivated “for purposes of research…under an agricultural pilot program or academic research.”
Last year Kentucky, Vermont and Colorado became the first states to have legal hemp harvests, and according to Reuters 19 states have so far passed measures that allow for some industrial hemp production.
Analysts also see hemp as a way to add new strength, and revenue, to America’s agricultural sector. And research into hemp is sprouting up across the nation.
Scientists at Colorado State University have begun hemp variety trials at research centers across the state; to see how different strains of hemp perform under different growing and climate conditions.
The researchers note that while industrial hemp is grown in a similar manner to irrigated corn, “Colorado’s arid climate and short growing season present challenges for some producers.” But the CSU researchers expect the greatest economic opportunities for industrial hemp might be as a biomass crop for producing textiles, soaps and oils, as well as for future uses in a variety of pharmaceutical compounds.
“While this emerging industry faces a number of unique challenges, such as its legal landscape on a federal level, Colorado’s hemp farmers are becoming national leaders in their industry,” Colorado Commissioner of Agriculture Don Brown said in a press statement.
“Our registrants are passionate and dynamic entrepreneurs who are developing uses that weren't imagined just a few years ago,” he continued. “It will be exciting to see how this industry develops in the years to come.”
~
Tags:
Hemp, Hemp legalization, Legalize Industrial Hemp cultivation and production nationwide, WeedWorthy Hemp News, Hemp Research, WeedWorthy US News, Industrial Hemp, hemp products, WeedWorthy Education News, hemp vs. marijuana,
First marijuana dispensary in Las Vegas area openi...
UGA researcher's maps show where pot's expensive a...