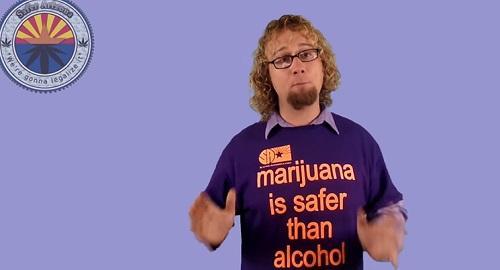 An alternative Arizona marijuana-legalization campaign made up of passionate cannabis users is aiming sky-high with its permissive proposal, but would voters really go for it?

Arizonans for Mindful Regulation, a grassroots organization that has a small army of volunteers but little money, is making a final push to make the ballot this November with its initiative that would allow up to 1,500 retail-shop licenses statewide to be issued by the end of next year.

It would ban limits on cultivation or distribution licenses. Colorado, by comparison, now has about 950 medical-marijuana and recreational marijuana retail outlets. AZFMR's leaders claim to have collected more than 100,000 signatures.

Arizona Marijuana: Everything to Know About Marijuana Law in AZ - Cannabis News