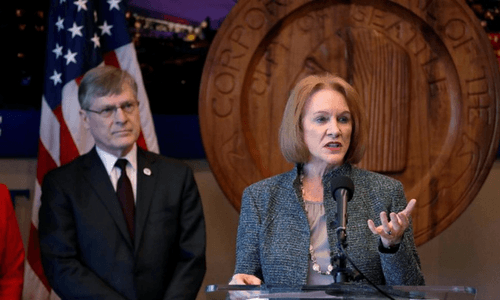 "I saw firsthand the 'war on drugs,' including its devastating impacts on people, especially people of color and their families,” Durkan, a former U.S. Attorney, wrote in a guest editorial for The Stranger published Thursday morning, ahead of the news conference.

“People’s lives were ruined for misdemeanor marijuana offenses. Too many here in our community faced huge legal bills and fines, or had a harder time getting loans, apartments, and good-paying jobs.”

In 2012, Washington state voters approved of Initiative 502, which legalized the possession and recreational use of up to one ounce of marijuana for adults ages 21 and older.

Can marijuana help ease the opioid epidemic? New U...
"Ganja yoga" offers a mix of mindfulness and marij...