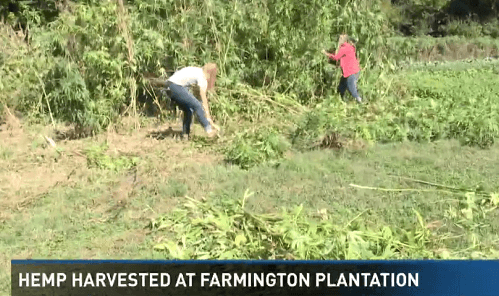 Processors spent $23.4 million in capital improvements and employed a total of 459 people in 2018, he said.

Processors paid Kentucky farmers $17.75 million for harvested hemp materials in 2018, up from $7.5 million the year before, Quarles said.

This Cancer Researcher Is Devoted to Her Medical D...
As Mass. Weighs Social Marijuana Consumption, Chef...