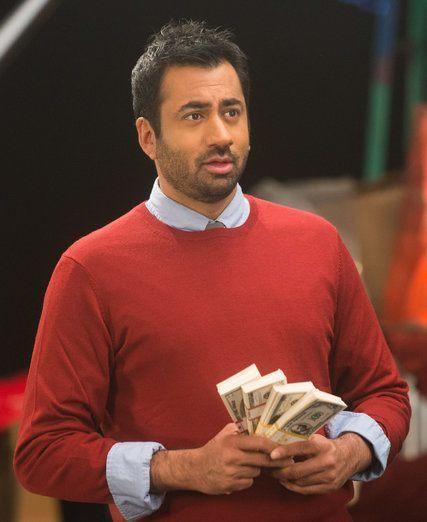 NEIL GENZLINGER ~ The New York Times ~
The world seems to be adjusting to legalized marijuana, but can it adjust to Kumar as a statistics-wielding socio-scientific analyst?

~
The National Geographic Channel gives us a chance to find out Monday when it begins “The Big Picture With Kal Penn,” a series featuring, yes, the guy beloved by the stoner world as half of the “Harold and Kumar” movies. Mr. Penn turns out to be darn good at the role of frontman for a wonky, often alarming series.
The show, a cousin of “The Numbers Game,” which was introduced last March on the same channel, might be thought of as data-mining TV. It hurls numbers and other information at viewers in rapid-fire fashion, giving just enough detail to furrow the brow with concern before zipping on.
Each episode has a theme, the idea being to create the big picture of the title with an accumulation of information and impressions. First up is “Crime, Inc.”
“There’s always a story behind the stats,” Mr. Penn says after rattling off how often people are robbed, stabbed or murdered, “and you’d be surprised what plotting out the world’s criminal activity can tell us about where crime’s been, how it works and where it’s likely to pop up next.”
He proceeds to examine the known global routes for counterfeit goods, human trafficking and drug smuggling, and don’t even get him started on cybercrime. There’s also a helpful breakdown of illegal drug use in the United States. Some of the states that rise to the top in various categories of infamy might surprise you. Congratulations, Arizona, Delaware, North Dakota and Vermont.
The episode’s point is that crime is very big business, rivaling the legitimate economy. And the two are symbiotic, as Mr. Penn demonstrates with a look at the business of incarceration. The episode’s most amusing moment involves two maps, one showing the location of prisons in the United States, the other the location of Starbucks franchises. We sure have a lot of both.
If you find all of this crime data dismaying, don’t worry. Episode 2, “Going Viral,” about global pandemics and such, may leave you feeling as if we’re unlikely to survive the year anyway.
The Big Picture With Kal Penn
Monday evenings at 9:30, National Geographic Channel.
Produced by Kal Penn and National Geographic Studios. For National Geographic Studios, Brooke Runnette, Jeff Hasler, Brian Lovett and David Konschnik, executive producers. For National Geographic Channel, Michael J. Miller, executive producer.
A version of this review appears in print on March 26, 2015, on page C2 of the New York edition with the headline: The Data Driving The Stories
~
Tags:
WeedWorthy Marijuana Legalization News, WeedWorthy Entertainment News, NEIL GENZLINGER The Big Picture with Kal Penn Legalized Marijuana The National Geographic Channel
Medical marijuana bill headed to desk of Georgia g...
How techies are profiting from the booming pot bus...