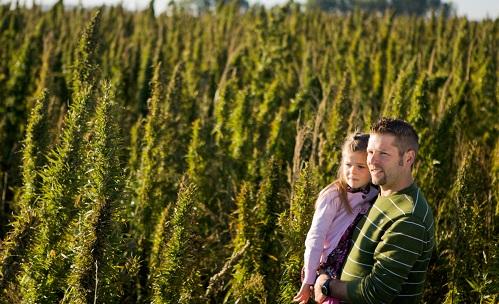 The amount of land on which U.S. farmers are licensed to grow hemp has more than quadrupled this year. That's according to a report released on Thursday by advocacy group Vote Hemp.

Under the provisions of the 2014 Farm Bill, farmers have been able to grow crops for limited hemp research programs.

But thanks to a new version of the large-scale agriculture legislation passed and signed into law late last year, the plant is now officially legal under federal law as long as farmers comply with state rules.

Canada: Smoke on the water, cannabis cruise to sai...
Mississippi: Petition with over 100,000 signatures...