Hot off the press cannabis, marijuana, cbd and hemp news from around the world on the WeedLife News Network.
1 minute reading time (133 words) 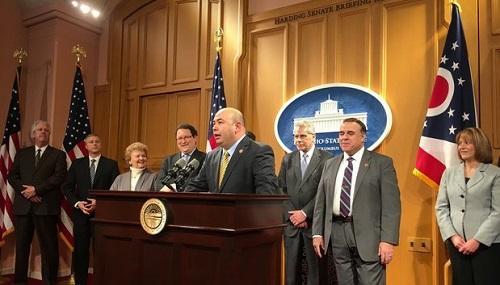 COLUMBUS, Ohio -- The co-founder of the group behind Ohio's failed marijuana initiative said Thursday that ResponsibleOhio is dead and the state legislature is the best route to legalize marijuana for medical use.

ResponsibleOhio founder Jimmy Gould told reporters Thursday that ResponsibleOhio will not be back with another constitutional amendment this year as he promised after voters overwhelmingly rejected Issue 3 in November.

Had Issue 3 passed, making marijuana legal, the act would have allowed for removal of previous marijuana convictions from the books. Issue 3 would have legalized recreational and medical marijuana, but commercial cannabis could have grown at only 10 sites owned by ResponsibleOhio investors.