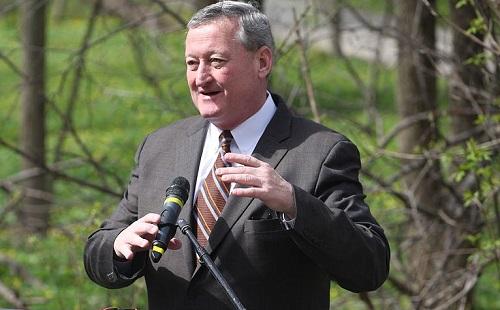 Perhaps the best way to avoid another large marijuana-party raid such as the one that took place in Philadelphia on Saturday is to legalize marijuana altogether at the state level, Mayor Jim Kenney said Monday.

“The real solution to this is legalizing it in the state of Pennsylvania as they did in Colorado," Kenney said Monday.

"We won’t have to use police resources in these kinds of activities and actions.” Kenney was responding to questions about Saturday's raid of the "smokeasy" marijuana party in a warehouse in the city's Frankford section.

Medical marijuana providers seek first chance at r...
Marijuana may be a miracle treatment for children ...