Hot off the press cannabis, marijuana, cbd and hemp news from around the world on the WeedLife News Network.
3 minutes reading time (602 words) 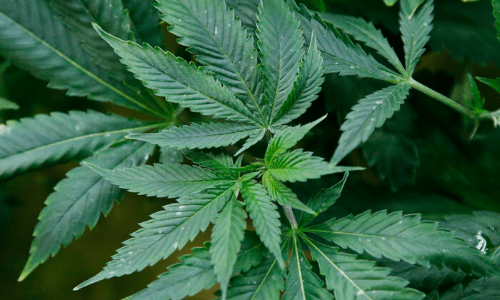 Jushi Inc. will become one of the dominant players in the Keystone State's medical marijuana market with its $37 million acquisition of Scranton-based Pennsylvania Medical Solutions from Vireo Health International.

The aggressively expanding Jushi, based in Boca Raton, Fla., already holds permits to operate 15 cannabis dispensaries in Pennsylvania under its retail brand Beyond/Hello. Seven of its retail shops operate around Philadelphia and Pittsburgh. There are 81 dispensaries operating in the state.

Jushi's focus following the acquisition of its first Pennsylvania grower is to improve the quality and quantity of pharmaceutical-grade marijuana produced at the 90,000-square-foot facility, said Jushi founder and president Erich Mauff, a former vice chairman of corporate finance at Deutsche Bank.

"We're bringing in the A-team of cultivation experts from Colorado and Canada," Mauff said. "We will operate for a period of time under the Vireo brand. But as soon as we have the operational excellence to produce flower and concentrates, we will roll out the family of Beyond/Hello and Jushi Brands."

Mauff will more than double the amount of cannabis grown at the facility within the next month. "Currently we only have 21,000 square feet of canopy," he said. "We're adding an additional 24,000 square feet. We will also have a new extraction facility."

Eventually, the company plans to expand indoor cultivation to 70,000 square feet, bigger than a football field.

Mauff said he aims to reduce the overall costs to patients, who must pay for their medical marijuana out-of-pocket because it is not covered by insurance.

"We will be able to sell to patients at a discount because we'll no longer be held hostage by other growers," he said. "My product will be on the shelf at very competitive pricing, because we all know we need the price to come down."

Given the constant shortages of smokable "flower" in Pennsylvania, the acquisition will allow the Beyond/Hello dispensaries owned by Jushi "to have high-quality flower all the time." The retail shops are in Northern Liberties, Center City, Ardmore, Bristol, West Chester, Johnstown, and Scranton.

Flower, when patients can find it, routinely runs more than $350 an ounce.

Pennsylvania represents one of the most desired markets for medical marijuana in the nation. The state severely restricts the ability to grow legal weed, creating a legal oligopoly. In states such as California, Oklahoma and Oregon, an uncapped number of growers has flooded the market, driving down prices -- and profits. In Pennsylvania, only 33 companies are permitted to cultivate the plant.

The market for marijuana is expected to more than triple if Pennsylvania joins 11 other states and legalizes it for adult recreational use. Several industry experts have said it's likely to happen soon. Polls conducted before the pandemic have shown more than 60 percent of Pennsylvania voters approve of legalization. The state is also looking at a $5 billion hole in the budget created by the impact of COVID-19.

The transaction was announced on Monday and is subject to regulatory approvals from the Department of Health. The $37 million deal includes $16.3 million in cash, a $3.8 million note, and taking on $17 million in debt.

"We think we got a very fair deal," Mauff said.

The transaction includes an 18-month option for Jushi to purchase another Vireo Health subsidiary, Pennsylvania Dispensary Solutions LLC, for an additional $5 million in cash. The subsidiary operates dispensaries in Scranton and Bethlehem. The maximum number of dispensaries any company can own in the state is 15. Jushi would need an exemption from the Department of Health to exceed the limit.