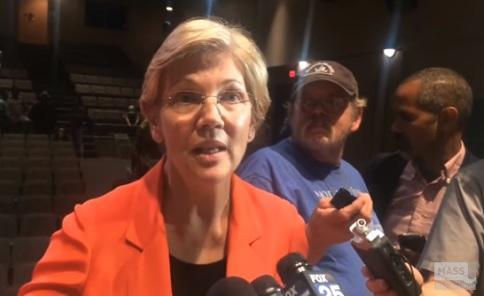 BOSTON – Marijuana is "widely available" in Massachusetts due to decriminalization but there's little regulation of the drug, Sen. Elizabeth Warren said Thursday, explaining why she is open to supporting legalization.

"Massachusetts is in a very difficult position, because we have decriminalized marijuana, but that means it's fairly widely available," Warren said, referring to the 2008 ballot initiative that decriminalized small amounts of marijuana in Massachusetts.

"But there's no real regulation of it." Warren, D-Cambridge, added: "And I think what we really need is to have some regulation of it, and that means I would be open to the possibility of legalizing marijuana in Massachusetts.

US Attorney Will Limit Marijuana Enforcement in Massachusetts - Cannabis News