Hot off the press cannabis, marijuana, cbd and hemp news from around the world on the WeedLife News Network.
1 minute reading time (123 words)
Featured 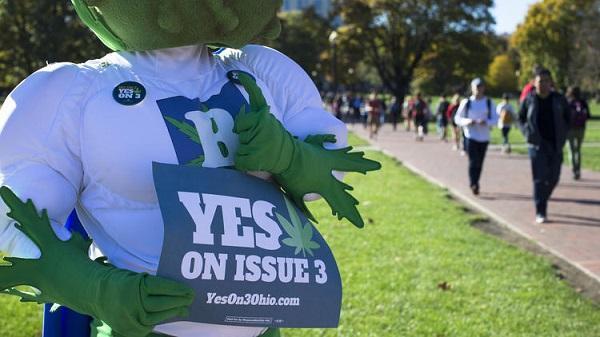 Ohio voters soundly rejected a marijuana initiative Tuesday that would have legalized recreational and medicinal use of the drug, and would have limited commercial growing to a small group of investors who drafted and promoted the measure.

The initiative was failing 65% to 35%, with nearly 90% of precincts reporting.
“Issue 3 has been soundly defeated!” Ohioans Against Marijuana Monopolies crowed on Twitter.  “No marijuana monopolies in this state!”
Four other states and the District of Columbia have already legalized the recreational sale of marijuana, which is still a federal crime. Ohio would have been the first state in the Midwest to do so.
Click here to read the complete article
Matt Pearce ~ Los Angeles Times ~
Tags:
Marijuana Legalization in Ohio, WeedWorthy Medical Marijuana News, WeedWorthy Political News, Weed Worthy Law & Crime News, WeedWorthy US News, ResponsibleOhio, Ohio Legislation, Ohio's Issue 3, states legalizing marijuana,
×
Stay Informed

DEA chief says smoking marijuana as medicine ‘is a...
Dozens of Marijuana Initiatives in California Vyin...