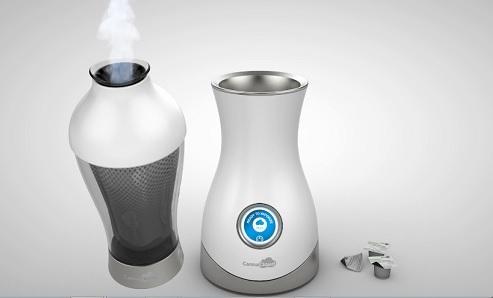 As with any new consumer industry, now that more people have access to marijuana, there are businesses who want to offer them tools and gadgets to go along with their legal medical or recreational pot.

And because consumers love things in pods, there’s a weed vaporizer that’s being called the Keurig machine for marijuana in development right now.

CannaKorp is behind the CannaCloud, reports The Boston Globe in an interview with the company’s co-founders.

It’s a device that heats up the marijuana enough so that it releases vapor, but doesn’t actually burn the green stuff. The user then inhales the vapor and voila, marijuana consumed.

For pro-marijuana legalization activists in Massac...
Cannabis By The Numbers: How Much Money Will State...