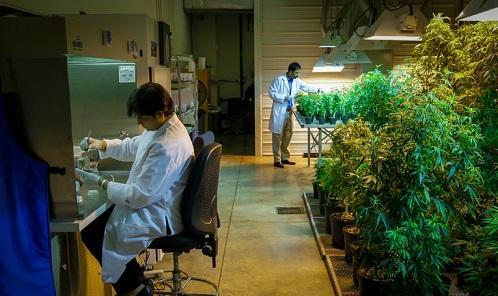 The Obama administration is planning to remove a major roadblock to marijuana research, officials said Wednesday, potentially spurring broad scientific study of a drug that is being used to treat dozens of diseases in states across the nation despite little rigorous evidence of its effectiveness.

The new policy is expected to sharply increase the supply of marijuana available to researchers. And in taking this step, the Obama administration is further relaxing the nation’s stance on marijuana.

President Obama has said he views it as no more dangerous than alcohol, and the Justice Department has not stood in the way of states that have legalized the drug.

Austin, Texas cannabis decriminalization initiative set for ballot in May

An inside look at the humanitarian crisis within illegal marijuana grows

2 California men found with nearly 1,000 pounds of marijuana in camper in Alabama