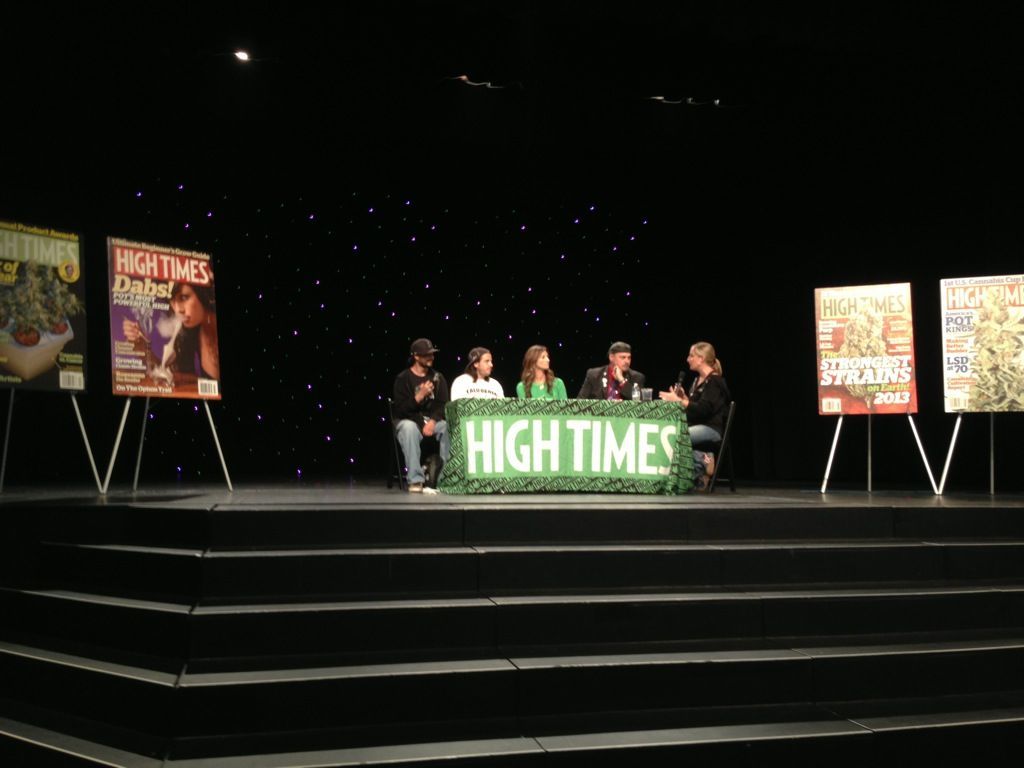 Jake Ellison ~ Seattle PI ~
The new state laws collapsing the medical market as we know it in Washington and funneling all public marijuana related activities, essentially, through the state liquor board has claimed it’s first victim … the High Times U.S. Cannabis Cup in Seattle.

~
High Times has put on the cannabis competition/vender expo/party here for three years — twice in Fremont and last year in Everett — but the marijuana and counter-culture institution has run headlong into a bureaucratic dead end, said Dan Skye, High Times editor-in-chief.
He said they tried getting a liquor license (with no booze on site) and a special event permit from the state with no luck.
And since High Times needs a pretty big venue, they’ve looked at parks and the Port of Seattle property, Skye said, but those areas “get a lot of federal money, so those people are very very reticent to open up their doors to High Times.
“And the private venues, because the rules appear to be somewhat gray, are very very reticent as well to sign on with High Times. So we have basically given up, and it’s a real shame because Portland is jumping on this and we’re going to have a huge cup in early August there.”
The problem is, in short, that Initiative 502 combined with rules for getting a liquor permit don’t allow marijuana to be used or sampled the way High Times wants to run its show.
For one, if you have a liquor licenses no marijuana use is permitted at all. Secondly, our recreational marijuana laws don’t allow for sampling or selling marijuana outside of a licensed brick-and-mortar store. And, there’s no cannabis consumption on the store’s property.
So, even though High Times pot judging occurs in private the week before the cup event, attempting to find a venue that will allow consumption in private areas (as in years prior) and venders to showoff their goods has proved fruitless. In years past, marijuana growers and medical cooperatives openly sampled their goods at this event and others under the grey area of the former medical law. The same grey area responsible for all those green crosses sprouting up all over town.
But, that’s all changed now.
Here’s what a state board spokesperson emailed us as an explainer:
The law states that you cannot consume marijuana in public and these events are, by definition, open to the public because you are selling tickets and/or inviting anyone in — they are not private/invite only events so right off the bat you have a conflict. The law also states you cannot give marijuana away (a topic many reporters have written about before usually using the “can I be arrested for sharing my stash with my wife” angle) so vendors can’t give it away, and they can’t sell it because they are not on their licensed premises.
From an enforcement standpoint, we have authority over the marijuana licensees and the venue if it holds a license, and we are required to enforce the laws as they pertain to those entities. If people want to see these types events then they need to contact their legislators to change the law because as presently written don’t allow for this type of event.
Consequently, the booming industry surround medical cooperatives has only a few months to try to fit into the state-run marijuana market. And, that market is heavily regulated with lots of rules effectively eliminating the kind of thing High Times wants to do.
“We’re trying to legitimize this industry with a trade show that is open to all people, so they can sample the best merchandize of the Washington area. So, the people who are going to lose out are the Washington businesses. They did very well there last year, and we’re disappointed. … We have bent over backwards to work with the LCB, and it just has not worked out,” Skye said.
Here’s the rest of what he had to say:
This event would have been our 22nd event, and we have had tremendous success all over the country. Our events are getting bigger every single time we hold one, and they are getting more popular. So it’s just problematic for us when we can’t mount the cup as we have done in so many other states and so many other cities without this kind of push back.
It got to the point where we cannot find a venue in washington that will do it so we decided to go elsewhere …
It’s shame because we had a great turn out last year and … as far as I can see the politicians and bureaucrats are completely screwing up your marijuana program there … taxes are out of control … and the black market is back.
So, I don’t know. We’re trying to legitimize things, that’s our point. Just like any other trade show.
An unforeseen consequence of the new laws … no marijuana expos with lawn parties as we used to have them, while there are about a million beer and wine related festivals.
The overall effect of the new laws combined with no public space to legally consume marijuana (… yes, Hempfest is all about thumbing its nose at prohibition through civil disobedience with open pot smoking, but it too has been changing its ways) is to push more marijuana activity back into the dark corners …
Or, as was the case at a recent mega-marijuana-expo, to sterilize them … er … make them pot free.
~
Tags:
WeedWorthy Marijuana Legalization News, Legal Marijuana in Washington, WeedWorthy Medical Marijuana News, WeedWorthy 420 Specific News, WeedWorthy Cannabis Industry News Jake Ellison,
Marijuana and forest bathing - Wildest new trends ...
Marijuana vs. Alcohol - The Effects Psychoactive D...

10 best 4/20 sites: Where marijuana history was made - Cannabis News

4/20 TV: A Guide of What to Watch on Marijuana’s Biggest Holiday – Cannabis News