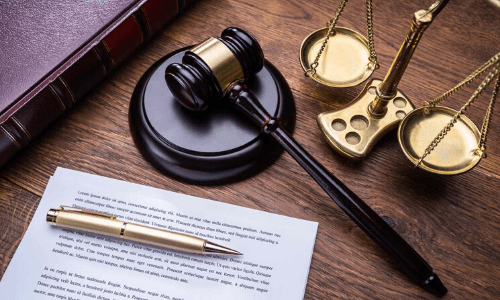 The light at the end of the tunnel is in sight for thousands of Nevadans convicted of low-level marijuana possession—which is no longer a crime.

On June 11, Gov. Steve Sisolak proposed a resolution to "unconditionally" pardon all convictions for possession of less than one ounce of marijuana prior to 2017, when the Silver State legalized the plant for recreational sale, possession, and use. The Nevada Board of Pardons Commissioners officially approved Sisolak's proposal on June 17.

"The people of Nevada have decided that possession of small amounts of marijuana is not a crime," Sisolak said. "This resolution will clear the slate for thousands of people who bear the stigma of a conviction for actions that have now been decriminalized."

It's no longer a crime.

The state once had the nation's most draconian sentences for simple possession, which was a felony punishable by up to 20 years in prison as recently as 1999. Advocates in the Silver State had been pushing to pass a measure like this for more than three years.

Nevada law doesn't allow for any crimes to be expunged or completely erased. The furthest state officials can go is to seal a record, which makes a conviction disappear from public record. Even when sealed though, the crime can still show up on more thorough background checks and is accessible by the FBI.

"Sealing doesn't completely erase the crime, but it hides it," said Riana Durrett, a former criminal defense attorney who now leads Nevada's cannabis dispensary association. "It's the final step as far as the state goes."

One caveat: Many pre-2001 cases not affected

The governor's sweeping move does not cover a small group of people, who missed out on the pardon because of marijuana's felony status in Nevada prior to the turn of the millennium. Before 2001, many marijuana convictions were lumped in with other drug crimes.

"Prior to 2001, possession of less than one ounce of marijuana in Nevada was a felony crime. Unfortunately, people convicted of this crime were lumped together with people convicted of possession of other drugs. There is no way to separate these groups out. Additionally, sometimes people charged with possession of one ounce or less of marijuana pled to other crimes as part of the plea bargain process. People falling into these two categories are not covered by this resolution here. However, the Pardons Board can still provide relief to individuals seeking to have those convictions pardoned."

Sealing is possible, but takes time

Nevada voters legalized adult-use cannabis in a Nov. 2016 statewide initiative, and the state's first retail stores opened on July 1, 2017. But past convictions for low-level possession—now legal—remained in place, hindering the lives of thousands of Nevadans.

Growing up in Las Vegas' north central neighborhood, William McCurdy saw firsthand the ways in which both illegal drugs and convictions can ravage communities and set residents back for life.

Just weeks after being elected for the first time in Nov. 2016, McCurdy sponsored a sweeping criminal justice reform bill for the state's biennial legislature that included sealing convictions for past marijuana crimes that were no longer illegal. The initiative passed through both legislative branches but met the veto pen of then-Gov. Brian Sandoval, a Republican who opposed adult-use legalization.

McCurdy tried again during the 2019 session and succeeded, with Gov. Sisolak signing the adopted legislation. Since then, at least 200 people in the Las Vegas metropolitan area have gone through the attorney-assisted process of sealing their outdated crimes.

"It literally could impact tens of thousands of people in our state," McCurdy explained. "It's free of charge with the Legal Aid Center of Southern Nevada and there's no filing fee. It just requires some legwork and patience on behalf of the people applying."

The pardon closes a gap

Sisolak's mass pardon will require no further action on behalf of the people it affects, said Tick Segerblom, a Clark County commissioner and attorney who spearheaded cannabis legalization during his five-year tenure as state senator from 2013 to 2018.

While the record-sealing still must take place at a courthouse, Segerblom said pardoned offenders asked about their criminal history on a job application can now legally say they never committed a marijuana crime.

Restores voting rights and other opportunities

Pardoning someone also restores any civil liberties lost from a conviction, including the right to vote, receive scholarships, serve in the military, hold public office and serve in a number of professions. But the crime still shows up on public records and in background checks until it's sealed.

Officials admit they're still trying to get word out about McCurdy's bill, and the availability of the sealing process, more than a year after it passed. Bureaucracy in digital record-keeping of crimes and court records, which includes a host of local databases that don't sync with each other, has made the process unnecessarily tedious and drawn out.

For those who haven't taken advantage of the chance to seal their records, Sisolak's pardon will offer a necessary and overdue cushion, Segerblom said.

"Ideally you'd want people to have both, but this is the icing on the cake for what we've wanted to do for a long time."