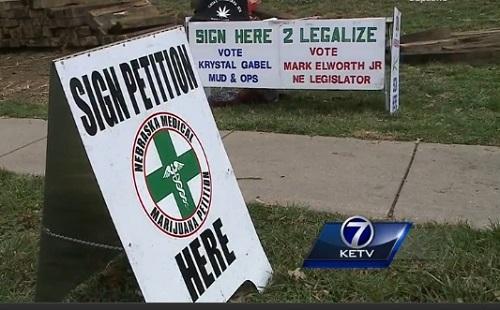 OMAHA, Neb. — A different political tactic is being taken by local marijuana supporters. Rather than mount a challenging petition drive to put the issue in front of voters, they're attempting to form a new political party.

Riojas said he's had family members leave the state for treatment. "There's a lot of cancer in my family," he said.

"My grandmother actually died from cancer and I feel like medical marijuana would've helped her," medical marijuana supporter Brian Lett said. It's much easier and takes only a fraction of the signatures needed for a ballot initiative.

Medical marijuana will get another chance in Nebraska Legislature – Cannabis News