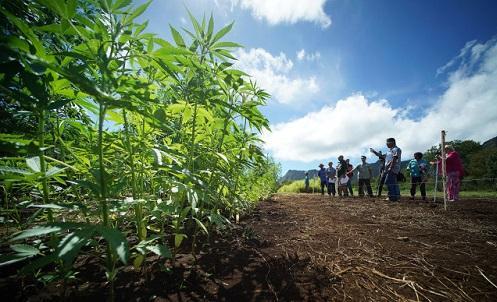 Senate Majority Leader Mitch McConnell (R-KY) is guaranteeing that the 2018 Farm Bill will include his industrial hemp legalization provision after the Senate and House reach a compromise -- ideally by the end of the year.

“If there’s a Farm Bill, it’ll be in there, I guarantee that,” he told reporters on Friday.

McConnell said he’s visited several hemp processors over the past few months, and one thing that occurred to him was the international implications of hemp legalization.

Executives based in countries like Australia and major investors have expressed interest in the hemp business, he said, signaling the crop’s immense potential.