Hot off the press cannabis, marijuana, cbd and hemp news from around the world on the WeedLife News Network.
4 minutes reading time (793 words) 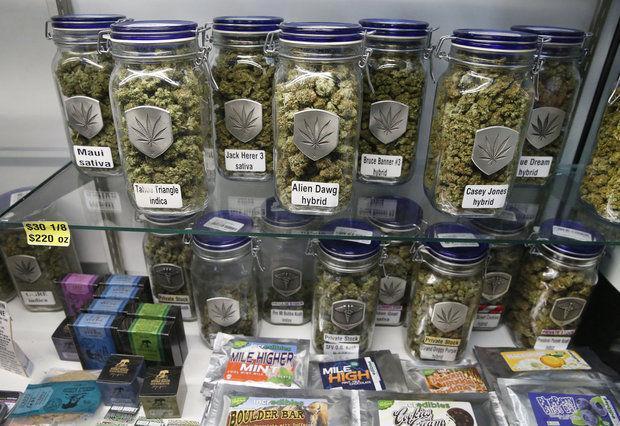 Jonathan Oosting ~ Michigan Live ~
LANSING, MI -- An activist-led group seeking to put a marijuana legalization proposal on Michigan's 2016 ballot wants to tax retail sales at 10 percent and allow residents to grow up to 12 plants at home.

~
The Michigan Comprehensive Cannabis Law Reform Committee -- one of three unaffiliated groups considering a possible petition drive -- on Friday released draft language of its ballot proposal.
The committee is seeking public input on the language before submitting it to the Bureau of Elections next week. If approved in form by the Board of State Canvassers, the group hopes to begin collecting signatures in June.
"We want people to feel involved in the process," said Jeff Hank, a Lansing attorney and spokesperson for MCCLRC. "The other groups are being kind of secretive, but we figured, why not make it public? If they want to steal our ideas, that's fine. We think they're good."
The proposal, according to the draft language, would allow adults over the age of 21 to legally possess and consume the drug. They could also home grow up to 12 plants for personal use. Hemp farming would also be legalized.
In addition to the state sales tax, retail marijuana sales would be subject to a 10 percent excise tax, with 40 percent of revenue going to the Michigan Department of Transportation, 40 percent to School Aid Fund and 20 percent to the local government.
Read: ??Draft proposal of Michigan Marihuana Legalization, Regulation and Economic Stimulus Act
Supporters project between $100 and $200 million in tax revenue a year from marijuana and hemp sales. Colorado, which has a smaller population but a higher tax rate on marijuana, generated about $60 million in 2014 after legalizing retail sales.
The Michigan proposal would allow communities to license and regulate marijuana facilities, including growing operations, retail stores and testing centers. They could choose to prohibit all facilities, a decision local voters could overturn via referendum.
"Instead of putting all the control at state level, where it could be influenced by bureaucracy and changes in leadership, we're leaving decisions to locals," said Hank. "If Ann Arbor wants to go as liberal as a coffee shop, they could, but another city could ban facilities all together."

The MCCLRC will need to collect some 250,000 signatures in a 180-day window if they hope to make the 2016 ballot, and they could have some competition from two other legalization groups linked to Republican operatives.
"There's a lot of political intrigue going on behind the scenes, but we're not reacting or changing our plan because of what anyone else is doing," said Hank. "We're confident we'll be able to raise the money to get on the ballot."
A new group called the Michigan Cannabis Coalition this week announced that it was submitting its own ballot language for review by the Board of State Canvassers. As of Friday morning, the Bureau of Elections had not yet received the petition form.
Meanwhile, a non-profit called the Michigan Responsibility Council is studying the economics of various marijuana legalization models and is considering a formation of a ballot committee.
"I'm encouraged to see groups popping up and talking about initiatives of their own," said Paul Welday, former head of the Oakland County Republican Party. "That tells me this is coming together and potentially reaching critical mass."
The three groups appear to be considering significantly different approaches to marijuana legalization, however.
The MRC is studying proposals in other states, including an Ohio ballot measure that would allow only a limited number of large-scale grow sites that would be operated by investors.
The MCC, meanwhile, is considering more of a "free-market" approach, but one that includes several state-level regulations, according to spokesperson Matt Marsden, who previously worked as a Republican legislative staffer.
Their ballot language will call for an advisory board appointed by the governor and legislative leaders, Marsden said. Residents would be allowed to grow only two plants, and those with felonies could not work in the cultivation or retail side of the industry.
"Some of the activists want to go too far, and I think on the Welday side, what he's looking at is a big-box monopoly approach," Marsden said Thursday. "What we're trying to do with our plan is put something together that's reasonable enough that the general public can support it."
~
Tags:
WeedWorthy Marijuana Legalization News, WeedWorthy Activism News, Marijuana Legalization in Michigan, WeedWorthy Cannabis Industry News
×
Stay Informed