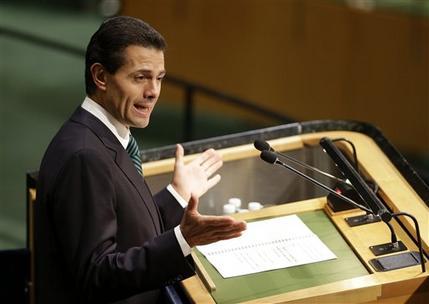 Pena Nieto said in a speech that "for me it would not be desirable, I am not in favor of an eventual legalization of marijuana," but said he was willing to listen to other opinions.

The president said he welcomed a debate on the question, and invited doctors, sociologists and other academics to contribute, but said it "should in no way represent an opening for the consumption of much more dangerous drugs."