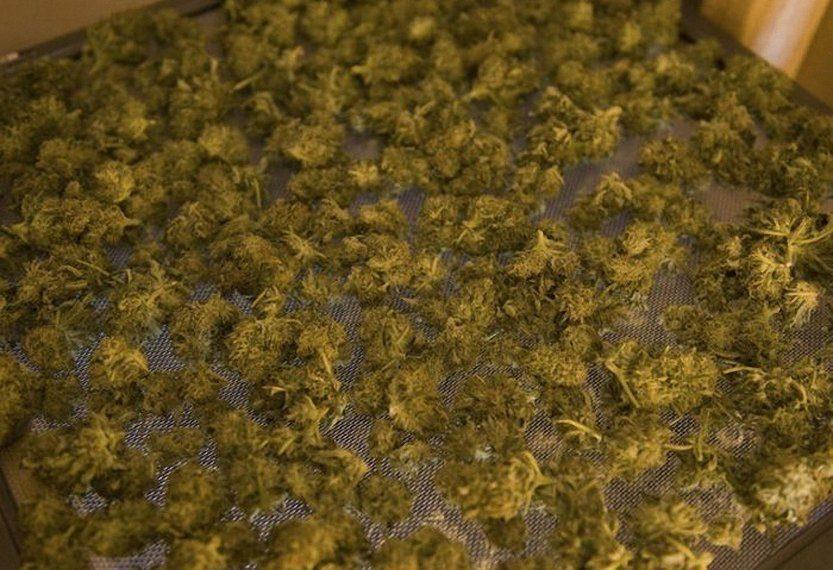 Jeremy B. White ~ The Sacramento Bee ~
California’s latest attempt to regulate medical marijuana advanced off the Assembly floor on a 50-5 vote Thursday.

~
The state’s cannabis industry has exploded since California legalized medical pot in 1996, but annual attempts to impose statewide controls on the the cannabis marketplace have collapsed, often with law enforcement groups working to defeat the measures. Lawmakers trying again this year are emboldened by the likelihood that voters will be asked in 2016 whether to legalize recreational pot.
“We passed a proposition in this state almost 20 years ago, and for almost 20 long years we have failed to step up as an institution to tackle this important problem,” said Assemblyman Jimmy Gomez, D-Los Angeles, adding that the inaction “has created problems throughout every single community in California.”
Two competing measures – one favored by the cannabis industry, the other endorsed by groups representing police chiefs and cities – recently merged into a single measure. Assembly Bill 266 arrived on the Assembly floor with the League of California Cities and the California Police Chiefs Association in support and the California Cannabis Industry Association withholding outright support but working to round up votes. The United Food and Commercial Workers union is on board.
Law enforcement’s support provided crucial cover to members, including 12 Republicans, who backed the bill.
“This bill actually tightens medical marijuana standards” and “gives us more ability to control this industry that’s out of control,” said Assemblyman Tom Lackey, R-Palmdale, a former California Highway Patrol officer called upon by a Democratic author to help defend the bill.
Assembly Bill 266 would create what’s called a dual-licensure system, with cannabis entrepreneurs needing to secure permits both from local authorities and from one of a few state agencies. The Department of Public Health would oversee testing, the Department of Food and Agriculture would deal with cultivation and the Board of Equalization would handle sales and transportation – all under the auspices of a new Governor’s Office of Marijuana Regulation.
Because of that two-tiered system, cities and counties could still move to ban or restrict medical marijuana. While advocates bemoan a patchwork of varying regulations, lawmakers have shied away from bills that could restrict local autonomy.
The bill also includes language sought by the United Food and Commercial Workers, which is making a push to organize cannabis workers, that would require businesses with at least 20 employees to have established a labor peace agreement.
Medical cannabis occupies a hazy legal space. While federal law still bans the substance and classifies it as having no beneficial health effects, a federal advisory promised to back off cracking down on states that have strong regulations in place, offering advocates hope of a reprieve from federal raids on dispensaries.
One member not swayed by that argument was Assemblyman Jim Cooper, D-Elk Grove, who cited his experience as a sheriff’s department officer by warning of encouraging marijuana use.
“It’s a slippery slope,” Cooper said. “I support medicinal marijuana, but I think we’re heading in the wrong direction, especially for our children.”
~
Tags:
WeedWorthy Marijuana Legalization News, WeedWorthy Medical Marijuana News, WeedWorthy Political News, WeedWorthy Cannabis Industry News
What marijuana really does to your brain
CONGRESS PROTECTS MEDICAL MARIJUANA BUSINESSES FRO...

‘We don’t have the generational wealth.’ Black farmers left behind in Florida’s medical marijuana boom