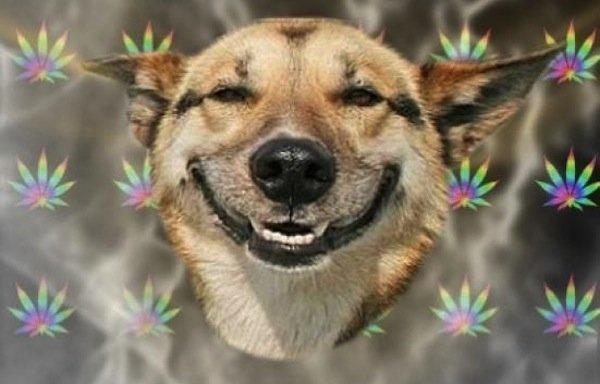 David Knowles ~ Bloomberg
If it's good for man, why not man's best friend?

~
Democratic state Senator Tick Segerblom says that SB 372 making the drug available to pets is a matter of common sense.
“So if your dog has a nerve disease or uncontrollable tremors, this might be able to help it.” Nevada state Senator Tick Segerblom
“People these days believe that marijuana can cure everything under the sun, from the inability to eat if you’re terminally ill to problems with your nervous system," Segerblom told the Los Angeles Times. "So if your dog has a nerve disease or uncontrollable tremors, this might be able to help it.”
While medical marijuana is legal in 23 states, including Nevada, so far not one has extended those rights to cats, dogs, and other domesticated animals. But like the existing versions for human beings, the bill does come with numerous restrictions. The pets would only be able to obtain medical weed if its owner is a Nevada resident, a veterinarian certifies a valid medical reason for the prescription, and the owner obtains a medical marijuana card on behalf of the animal.
Medical marijuana dispensaries typically offer a range of edible products to customers, and a line of pet food would prove easy enough to produce.
For Segerblom, the attention his bill is receiving is a bit of a surprise.
“This was an omnibus bill; it includes everything including the kitchen sink,” he told the Times. “There are a lot of things in it, but this is the one addition that people seem to be fixating on.”
In addition to the medical marijuana law for pets, Segerblom is also working to gather signatures to place a measure on the state's ballot next year to legalize recreational use of the drug for humans.
~
Tags:
WeedWorthy Culture & Arts News, David Knowles,
Survey Finds Strong Majority In Support Of Marijua...
A Skateboard 3D Printed with Hemp? Lotus Boards Am...