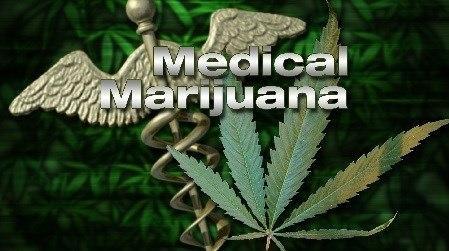 ~
The bill cleared its final legislative hurdle moments earlier when the House voted 160-1 to approve a Senate compromise that only slightly tweaked Peake's original House measure.
After the tally, ending two years of debate, an emotional House Speaker David Ralston hugged Janea Cox, 33, mother of 5-year-old Haleigh Cox, who has intractable epilepsy and is one of the 500,000 Georgians Peake said should benefit from the law.
"Some days make it all worthwhile," Ralston said.
Peake's bill, which had already passed the House by a huge margin, originally called for people with nine medical conditions to be eligible for treatment with cannabis oil that has a minimal level of tetrahydrocannabinol, or THC, the chemical that makes pot users feel high.
Sen. Renee Unterman's Health and Human Services Committee deleted fibromyalgia from the list, leaving seizure disorders, sickle cell anemia, cancer, Crohn's disease, Lou Gehrig's disease (Amyotrophic lateral sclerosis), multiple sclerosis, mitocondrial disease and Parkinson's disease.
When Deal signs the legislation, Georgia will become one of 37 states plus Washington, D.C., with some sort of medical marijuana law.
Peake said 23 of those and Washington have liberal laws allowing the use of "home grown" marijuana extracts with no limits on the levels of THC. An additional 12 states have laws allowing medical marijuana use only for epilepsy and have varying limits on THC.
"We are a hybrid," he said.
Georgia's law will limit THC at 5 percent, and patients will be able to obtain up to 20 ounces under strict supervision of the state and their doctors.
A medical marijuana bill died at the last minute in the 2014 General Assembly.
"I didn't think we could top the emotion of coming out of HB1 passing the first time in the House and then the Senate committee, but we just blew it off the top today," Peake said. "It's just been a mission for me to get the refugee families home." Peake said 17 families from Georgia have moved to Colorado for treatment with cannabis oil and should be able to come home in two months or less.
Janea Cox is among them, living with Haleigh in Colorado Springs, Colorado, while husband Brian, a Johns Creek firefighter, stays at home.
"It was hard to watch the debates," said Cox, 33. "Now we get to come home. We will see my husband, be a family again. After what happened last year, when we were a heartbeat away, I wasn't sure his could happen."
Blaine and Shannon Cloud, of Smyrna, also were celebrating in Peake's office.
Their daughter, Alaina, 9, has Dravet syndrome, a severe form of epilepsy.
She is in public school in a special needs class.
"Developmentally, she's about 4," said her mom, 39.
Blaine, 42, said Alaina has one seizure a month "but she is on five different meds and they have a lot of side effects. This is a great day."
The new law, Peake said, will allow adults as well as children with the eight conditions to be treated with cannabis oil.
Unterman, who steered Peake's bill through her committee, said steps will be taken to make sure decriminalization of cannabis oil does not lead to problems.
She set up the Georgia Commission on Medical Marijuana to oversee the program
~
Tags:
WeedWorthy Marijuana Legalization News, WeedWorthy Medical Marijuana News, WeedWorthy Political News,
For pioneer, hemp pays
Review ~ The Big Picture with Kal Penn ~ Looks at ...