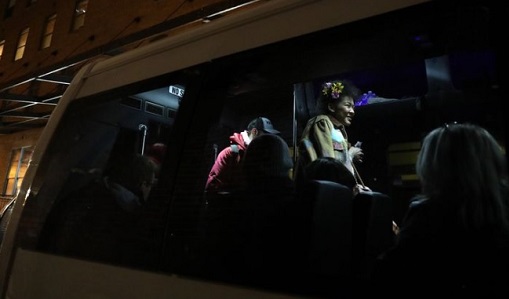 For her birthday, one of Mary Biekert’s daughters asked for something she’d never gotten before: a marijuana tour of Chicago.

So there was Biekert on a recent Saturday night, with her two adult daughters in a private smoking lounge in the city where a tour bus had dropped them off, getting lessons in how to roll a joint and smoke a bong.

The daughters, who live near St. Louis, had brought their own pot after spending three hours in line to buy from a licensed store in downstate Collinsville.