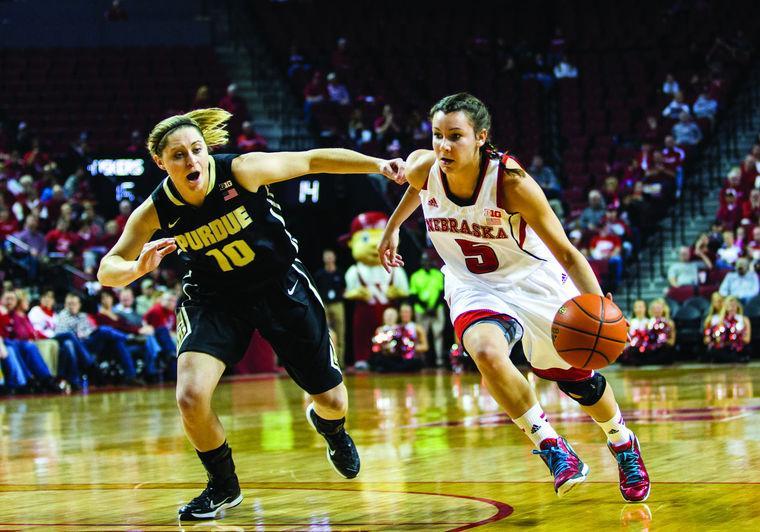 Josh Kelly ~ Daily Nebraskan
An increasing number of states have become comfortable with recreational marijuana use, but the use of the drug at universities and in athletics remains a gray area for coaches to deal with.

~
This semester, two names in Husker sports have been in the news for drug use.
The most recent incident came this weekend when freshman and Nebraska women’s basketball guard Natalie Romeo was caught smoking marijuana in a dorm room on Friday night. Officers were given consent to enter the room, and Romeo admitted to smoking prior to their entrance. She was cited for having less than an ounce of marijuana.
Last month, it was released that recently departed defensive lineman Randy Gregory failed his NFL Combine drug test, testing positive for marijuana. According to an NFL.com report, Gregory tested positive for marijuana in January 2014 and April 2014 at Nebraska.
Despite former Nebraska football coach Bo Pelini declaring marijuana “a real problem” in society and damning the drug, Gregory still played in the 2014 season for the Huskers.
Several Nebraska football players declined to comment last week on the topic of drug use in college athletics and the news of Randy Gregory’s drug test, but coach Mike Riley was vocal on his stance against it all.
“I’m aware nationally of how prevalent it is,” Riley said “The fact it’s becoming legalized in a few states around the country just kind of shows where people are at with it. I think what we try to do continually with our teams has been the education about any kind of effect that alcohol, drugs, whatever might be, all the time.”
For Riley, it’s all about education. There are many cases where drug use gets in the way of athletics.
“We just keep trying to pounding that home,” Riley said. “The fact of the matter is, with the use of alcohol or drugs, you can change your life in the blink of an eye. And we got lots of stories that can be passed on, to try to hit home with that. That is a continuing part of the education, I think, that all educators at every level need to have, not just football coaches in college. It’s definitely an issue.”
The NCAA’s drug-testing program is similar to the World Anti-Doping Code, which lists three reasons why it’s necessary to have drug tests in athletics.
First, to prevent cheating through the use of performance-enhancing substances and method.
Second, to deter athletes from ingesting substances that may harm the athlete’s health.
Third, to deter athletes from ingesting substances or engaging in doping methods that are contrary to the spirit of the sport.
For these reasons, the NCAA can step in and ban athletes from championship events, a punishment that Riley and other college coaches are aware of.
“There are substances, like marijuana, that will, if tested by the NCAA and tested positive... the player can lose a lot of football games because of it,” Riley said. “So there’s big, big ramifications for them.”
At Nebraska, there are built-in repercussions through the athletic department. First is education and then the determined length of that education. After that it can go as far as missing games and so on, which is something coach Riley said he wants to avoid.
“It just keeps getting worse until its over,” Riley said. “And hopefully we don’t get to that.”
~
Tags:
WeedWorthy Marijuana Legalization News, WeedWorthy Sports News, WeedWorthy Cannabis Industry News Josh Kelly
Morris county NJ grower sowing seeds in medical ca...
Why marijuana legalization is not like gay marriag...