Hot off the press cannabis, marijuana, cbd and hemp news from around the world on the WeedLife News Network.
1 minute reading time (89 words) 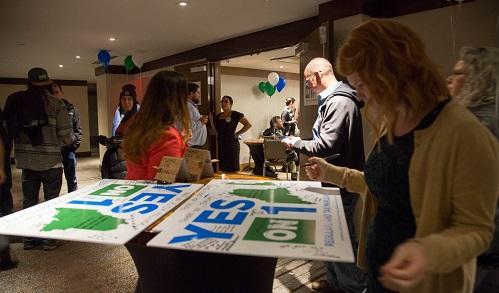 They announced they are abandoning their recount effort and conceding that the yes side won.

Representatives from the No on 1 campaign gave notice to the Secretary of State’s Bureau of Elections Saturday afternoon to bring an end to the recount, which was scheduled to resume in January.

They also contacted supporters to congratulate them on their victory.