Hot off the press cannabis, marijuana, cbd and hemp news from around the world on the WeedLife News Network.
6 minutes reading time (1250 words) 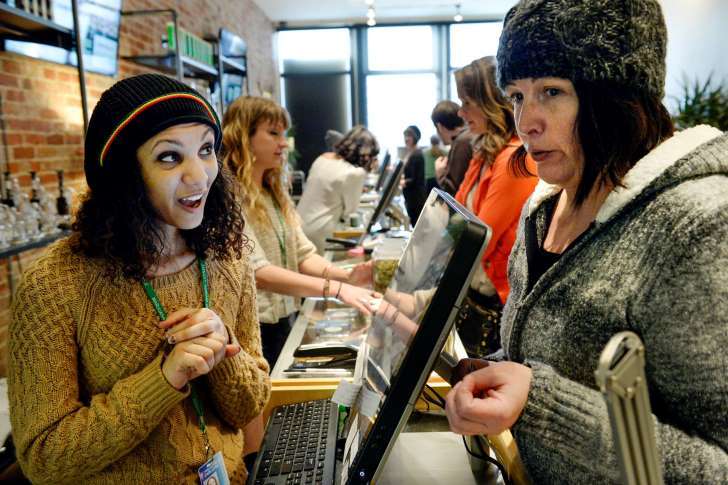 Ellen Chang ~ Main Street
The walls of Kind Love in Denver are covered with professional artwork from local artists while the marble countertops and Italian leather couches are reminiscent of spending the day in a spa. 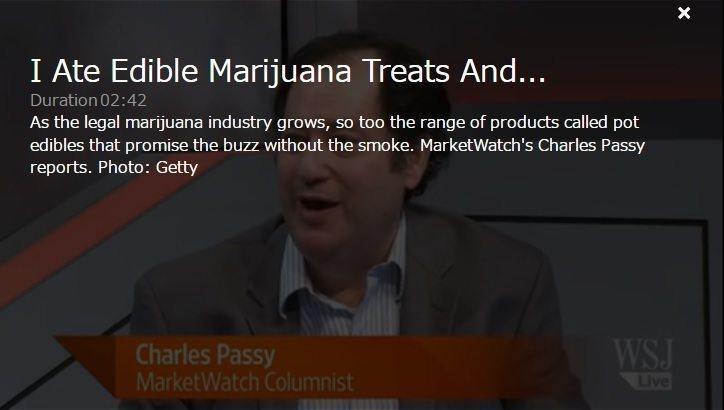 ~
See the video here; http://bit.ly/18Piewm
Kind Love is a medical dispensary which serves a different clientele – female Baby Boomers who want to purchase medical marijuana and mingle with other professionals in an upscale setting.
“We want women to feel comfortable and have the professional laid-back experience with good energy, instead of feeling like you are about to get raided,” said Leif Olsen, the founder of Kind Love.
New customers will have a harder time finding dispensaries which remind them of the Grateful Dead or Bob Marley eras. As they set foot inside Colorado dispensaries, they probably won’t encounter rundown display cases topped with haphazardly assembled used glass jars containing cannabis or walk on worn carpet from 30 years ago with a mishmash of cast-off furniture and secondhand artwork.
What is cropping up more frequently are dispensaries which resemble an “Apple store or Starbucks and are very clean and more approachable with sitting areas and couches for different groups,” said Olivia Mannix, co-founder of Cannabrand, a Denver-based marketing firm for cannabis companies.

The marijuana industry is rebranding itself to attract more mainstream customers, set itself apart from the crowd to find loyal users and generate returns for its investors, especially as more states are set to legalize adult or recreational use. Customers are demanding more now and are eschewing the days of dropping by a dispensary with rusted bars on its windows, buying a brownie or another edible with a sticker whose lettering is smudged because it was printed from a home computer or not knowing how many milligrams of THC and other cannabinoids are in the product.
The industry is reshaping itself since the “perception of the stoner is not what it used to be,” said Doug Leighton, managing director of Dutchess Capital, a Boston hedge fund which started investing in the cannabis industry in 2012. The founders of startup companies they work with are not people who are “sitting on the couch eating Doritos,” but ones “who start work at 5 a.m. and carry themselves in a professional way.”
Colorado, Washington, Alaska, Oregon and Washington, D.C. have approved adult use of marijuana and at least six states are likely to regulate the adult-use cannabis industry in the next four years, including Massachusetts, Maine, Rhode Island, California, Nevada and Hawaii. The legal marijuana markets are currently generating $1.53 billion in revenue a year and are estimated to reach $10.2 billion in five years, according to The ArcView Group, a cannabis investment and research firm based in San Francisco.
The market now views marijuana as a “wellness product” and is growing rapidly because “people realized the world didn’t end when Colorado legalized marijuana,” Leighton said.
Since many customers have not used marijuana since high school or college, they are also seeking better quality for the products they buy now. Whether it is cannabis, edibles or vaporizers, the items need to be “high quality like what you buy at Williams and Sonoma or an Apple product,” Leighton said. “Stoners aren’t the same anymore – they are older and have more money.”
From incubators to startup companies, 85% of the firms have adopted this new image as the industry has shifted from a cottage business to become more mainstream and commercialized while only 15% still remain “dark and dirty” and refuse to evolve, he said.

In California, business owners are rushing to reshape their companies with more sophisticated packaging and logos and providing quality customer service so they can beat their competitors and emerge as the favorites among consumers. Getting ahead of the crowd now is crucial since the state will vote on legalizing marijuana for adult use in 2016, with many business owners who expect the legal market to start in 2018. The consensus is that the proposition will easily pass among voters, which means there will be a huge shift in the industry in California as many companies will not survive in a regulated market.
Auntie Dolores, a Berkeley, Calif. wholesale distributor, tests its gourmet baked goods each month voluntarily because its consumers “seek out products which are consistently the same every time they purchase it,” said Lauren Fraser, president of Auntie Dolores. The testing also confirms the amount of cannabinoids in each product so the products are labeled properly. Customers are aware that eating six pecans yields 10 milligrams of cannabinoids when they purchase a bag of glazed pecans.
While the testing is not required since the market remains unregulated, the company does so because “we have a duty to our customers and we want to know what every batch yields,” Fraser said.
What remains at stake as more players appear in the market is instilling brand loyalty now before California approves adult use because if customers dislike a product, “they probably won’t try it again,” Fraser said.
Although plenty of companies can exist in an unregulated environment, the concern is to transpire as a company which produces high quality goods and avoid a negative stigma among consumers who have had a bad experience. While Colorado and Washington have mandated testing for edibles, adopting those “best practices” in California will now“ carve out an opportunity for the company and elevate the industry,” she said.

Between retail and medical marijuana, Colorado generated more than $60 million in tax and licensing revenue in 2014. The competition is starting to become fierce as companies attempt to attract Millennials, Gen X-ers and Baby Boomers, so businesses need to differentiate themselves by creating attractive packaging, advertising and aesthetics that appeal to a mainstream consumer, said Cannabrand's Mannix.
“We’re really under the spotlight here as the trailblazers, so we want to make sure what we do is compliant and lead by example,” Mannix said. “It’s really amazing to be part of this industry and we want to pave the way for everyone else.”
While the marijuana industry is booming in Colorado and purchasing cannabis is “like picking up a six pack of beer, pot does not sell itself,” she added.
Cannabrand, accordingly, does research to come up with a brand that will appeal to a certain target market. Millennials, for example, might want a vibe that's more fun, and Gen X-ers may want to use an iPad to order a product inside a dispensary, Mannix said.
Aside from appealing to more customers, the industry still has its work cut out in educating the public about the positive medicinal qualities so that people understand “cannabis is really a medicine and is a better alternative to alcohol and recreational substances,” she said.
“In the future, people will be more aware and understand that using cannabis is like having a glass of wine or going to a bar,” Mannix added.
--Written by Ellen Chang for MainStreet
~
Tags:
WeedWorthy Marijuana Legalization News, WeedWorthy Finance News, Medical cannabis,
×
Stay Informed