Looks Good Enough To Smoke: Marijuana Gets Its Glamour Moment 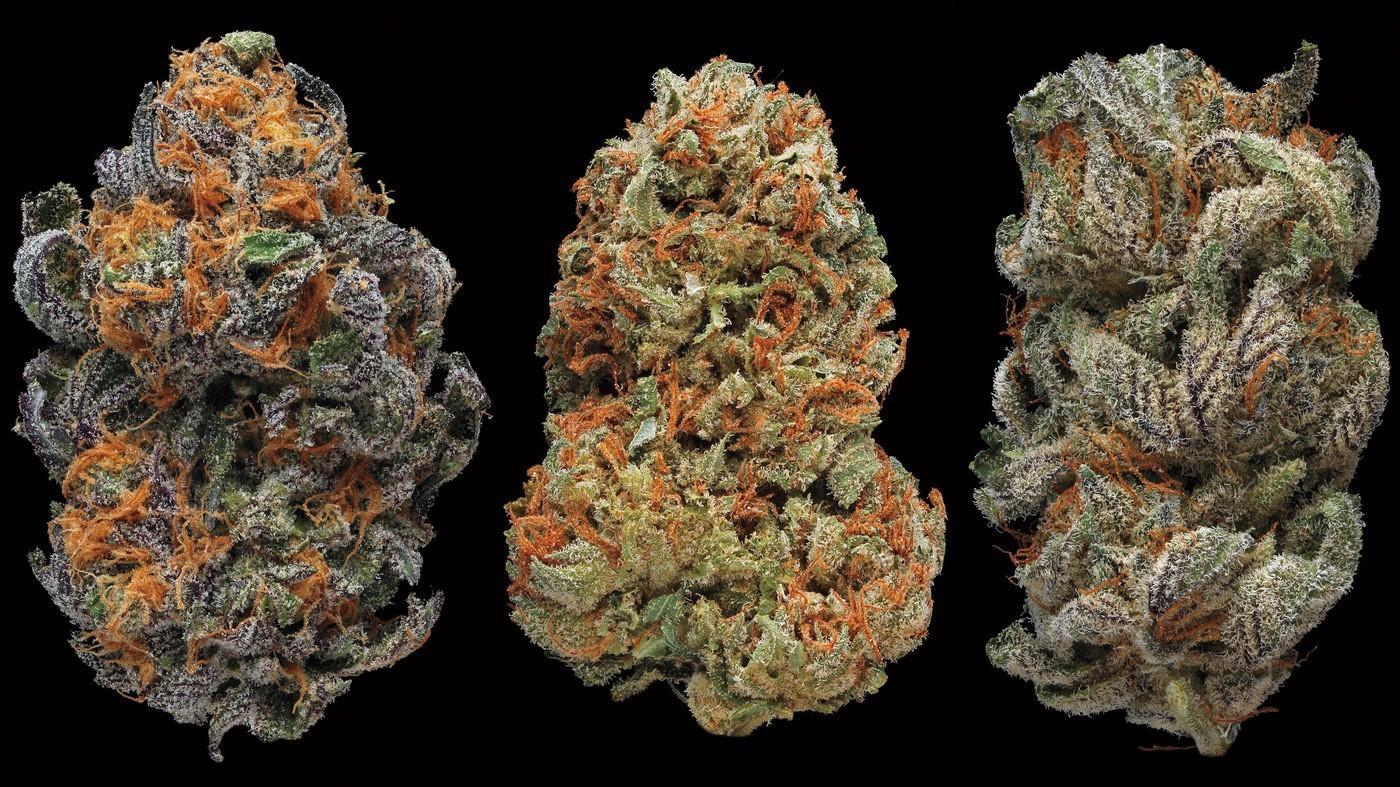 Meredith Rizzo ~ NPR ~
When Erik Christiansen started smoking pot, he became fascinated by the look of different marijuana strains. But the photographs of marijuana he saw didn't capture the variety.

~
So he went to the hardware store and picked up two lights and a cardboard box. "I didn't even have a macro lens — I was shooting through a magnifying glass," he says.
The California-based photographer tinkered with his macro technique until he had created a consistent way to capture highly detailed images of marijuana.
Then Dan Michaels, a cannabis aficionado and strategist for the growing legal pot industry, contacted Christiansen about collaborating on a field guide. The result is Green: A Field Guide to Marijuana (Chronicle Books, $30). The high-end coffee table book documents over 170 strains of cannabis, explaining their medicinal and recreational attributes. (Though it's worth noting that the medicinal benefits are based on subjective reports rather than randomized clinical trials.)
The book is meant to appeal to the growing artisanal marijuana industry, describing each bud's tasting notes and effects much like a sommelier would describe a vintage wine.
We asked Christiansen about becoming a professional weed photographer, and what we can tell about a marijuana bud's effects by looking at it. The conversation has been edited for length and clarity.
How did you source all of these buds?
I had a library of probably 300 to 400 strains that we were able to pull from. There's your popular strains that most people who enjoy cannabis have heard of, like your Blue Dreams and your Girl Scout Cookies. But we also wanted to include the rare ones. I searched through hundreds of dispensaries in San Diego, L.A., and the Bay Area to try and track down all of them.

Seeing the buds close up accentuates the variations — some have these wiry golden threads and others are tightly coiffed, like beehive hairdos. They seem to take on personalities. What does this tell us about the plants?

You can take the same plant and give a clone to six different growers and at the end of that grow cycle each will be unique in its own way, based on the nutrients that the growers us, the CO2 content of the air and the temperature of the room. Being able to get up close and see those differences is important.
If you look at any of the pictures, there are these little balls on the end of each plant— that's where the THC is stored. The more little balls, or trichomes, that are present on the buds, the more potent it can be. The color will also tell you a lot about the effect it will deliver. More amber-color trichomes will deliver a more body effect, where lighter-colored trichomes will be more of a head-y effect.

Do you have any favorites?

My favorite in the book is the strain called the Shire. I've only been able to find it once. The effect was so uplifting. It's the only strain that's ever given me the stereotypical effect where you're just sitting there laughing. I went back to that dispensary trying to get it again and was never able to find it again.

There's a certain legitimacy to field guides, or any reference book that documents variations of a species. Was legitimacy the intention?

Absolutely. It's not this stoner druggie culture anymore; it's becoming a real industry.
It's like the wild, wild West. Or craft beer. It's a bunch of little guys tinkering and creating new strains. Some of them totally take off and blow up and you see them all over the place.

What happens to the buds after you've shot them?

I usually get to sample them. Not all the time, but that's a perk of the job.
~
Tags:
WeedWorthy Marijuana Legalization News, WeedWorthy Science News, WeedWorthy Cannabis Industry News Meredith Rizzo, Cannabis Photography, High Resolution 360-degree marijuana photography, Erik Christiansen, A Field Guide to Marijuana, Dan Michaels,
Legalizing medical marijuana will be an issue in 2...
Nevada: The next big cannabis market?