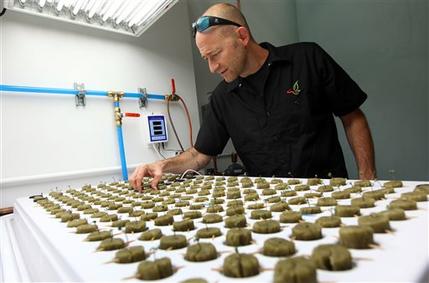 SANTA FE, N.M. (AP) -- Tribes across the U.S. are finding marijuana is risky business nearly a year after a Justice Department policy indicated they could grow and sell pot under the same guidelines as states.

Federal raids on tribal cannabis operations in California followed by a South Dakota tribe's move this month to burn its crop amid fears it could be next have raised questions over whether there's more to complying with DOJ standards than a department memo suggested last December.

The uncertainty - blamed partly on thin DOJ guidelines, the fact that marijuana remains an illegal drug under federal laws, and a complex tangle of state, federal and tribal law enforcement oversight on reservations - has led attorneys to urge tribal leaders to weigh the risks involved before moving forward with legalizing and growing pot.