Hot off the press cannabis, marijuana, cbd and hemp news from around the world on the WeedLife News Network.
4 minutes reading time (702 words)

Keeping cannabis safe, with a safe designed for the cannabis industry - Marijuana News 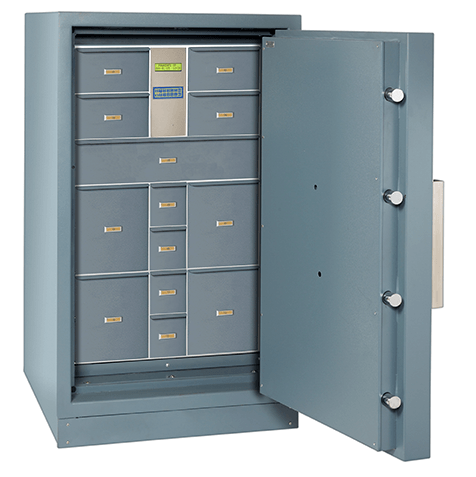 As the legal pot industry grows, so do concerns over the security of cannabis products, as well as on-site cash, company employees and customers.

Cannabis is probably one of the only agricultural crops that ends up in a locked box of some sort. The growth of the legal marijuana industry has created a valuable and highly valued product that many criminals would love to get their hands on.

In fact, a recent report in Denver’s Westword magazine says that there were more marijuana-related crimes in the city’s legal cannabis industry last year than in the marijuana black market.

As the legal pot industry grows nationally, security issues are also expected to rise – especially if federal prohibitions continue to force the legal cannabis industry to operate on a mostly cash-only basis.

But there are some very established companies in the security business that have looked closely at the legal marijuana industry, and that have decided to pivot towards it.

Dallas-based Rolland Safe & Lock has been in the security business since 1905, and its upper management recently chose to jump into the cannabis sector with both feet.

“When legal cannabis came along we looked at a budding but an immature industry, as far as security concerns go, with a lot of cash on site,” says Meredith Clinton, Rolland’s director of global sales and marketing. “And we said we can really help this industry: we can be an invaluable player in helping them secure their assets and also protect their employees.”

Rolland has long supplied safes customized for the pawn industry, and discovered that it could create a cannabis industry-specific safe by tweaking their pawn design. The company’s latest product, called a Drawer Management System or DMS safe, was designed “for protecting high-commodity assets” and to secure those assets during high-risk scenarios such as an armed robbery or burglary.

“From the product point of view, one of the big problems in the cannabis industry is you want to keep your product fresh,” he tells WeedWorthy. “Cannabis breaks down over a period of time, and after you dry your product one of the biggest negatives is humidity and heat, which will break down a dried product quicker.”

Gallo points out that the standard gun safes used by many cannabis operations are not only more vulnerable to break-ins but that their interiors remain five to eight degrees warmer than the outside temperature, which can lead to rapid deterioration of cannabis potency and quality.

In contrast the DMS safe is geared specifically towards the cannabis industry. The safe stays relatively cool and has a UL rating of TL-30; similar to that used in safes for the jewelry and pawn industries. And once inside a would-be burglar would still be confronted with a series of locked containers, designed to hold both cannabis and cash, as well as other valuables.

“If you even get through the safe wall, which can take seven or eight hours of work just to do that, and then you find out that inside are compartmentalized, metal boxes, most criminals give up,” says Clinton.

Those compartmentalized boxes are also designed to prevent in-house theft. Each drawer has its own computer code and can be programmed to be opened only by specific users and at specific times; which helps companies audit who has access to the safe and at what times.

Clinton says there was some concern within Roland when the company decided to move into the legal cannabis market. “But we move with the times,” she added. “We innovate, we listen to our customers.”

And Rolland, she says, wants to establish itself as a leader in cannabis industry security ahead of the pack; much as it has done over the decades with its work in the pharmaceutical, restaurant and pawn industries.

Clinton describes her company as “agnostic, politically and financially,” when it comes to the controversies surrounding the legal cannabis industry.

“We think this is a valuable, bona fide market,” she adds, “and we’re proud to protect access. We fight criminals no matter where they are.”

A bill legalizing cannabis oil use progresses in I...
Painting the White House Green – Marijuana News