Hot off the press cannabis, marijuana, cbd and hemp news from around the world on the WeedLife News Network.
1 minute reading time (107 words) 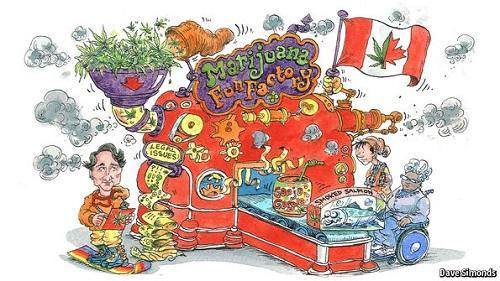 Converting a medical-marijuana industry into a recreational one in Canada will not be easy.

A repurposed candy mixer does the blending.

Only in the growing rooms does the spirit of Cheech and Chong, a stoned comedy duo, seem to preside: the plants have names like Black Widow, Deep Purple, Chem Dawg and Bubba Kush.