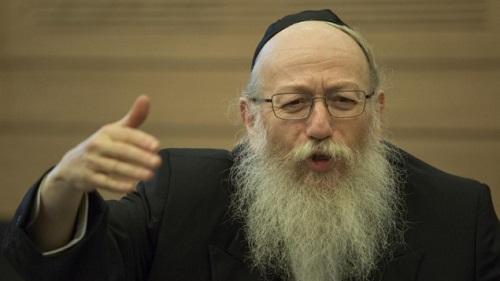 Litzman is leading a reform of the Health Ministry’s medical cannabis policy that seeks to devolve the authority to prescribe the drug from the ministry’s centralized medical cannabis unit to the nation’s 23,000 doctors, a move that would dramatically ease access to the drug.

“If the reform, which is expected to go into effect within a few weeks, moves ahead without problems, I’ll allow practicing doctors to give cannabis prescriptions to their patients in keeping with Health Ministry regulations,” Litzman, of the United Torah Judaism party, told a joint session of the Knesset Health Committee and the Knesset Committee on Controlled Substances Wednesday morning.