Hot off the press cannabis, marijuana, cbd and hemp news from around the world on the WeedLife News Network.
3 minutes reading time (566 words) 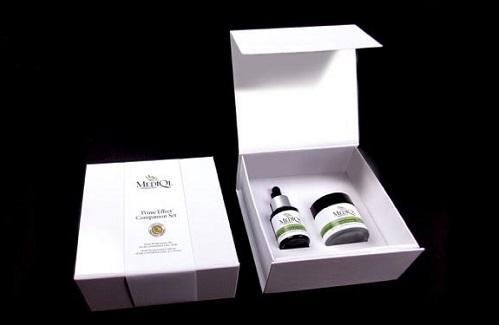 How a former cosmetics industry executive is looking to break new ground with a new line of hemp-derived products.

It’s hardly a secret that industrial hemp has a dazzling variety of applications.

“It’s got 2,500 uses,” Ismail Dweikat, an agronomy and horticulture professor at the University of Nebraska-Lincoln, recently told the Omaha World-Herald.

Industrial hemp is also renowned as a low-water, low-fertilizer crop that can be turned into food, medicine, clothing and cosmetics.

Hemp, like marijuana, is a variety of the cannabis sativa plant – but unlike marijuana industrial hemp contains only trace amounts of THC, the chemical compound that gives marijuana its high.

Due to current federal policies, however, all cannabis varieties, including industrial hemp, are prohibited by the Controlled Substances Act – although millions of dollars of hemp and hemp products are imported into the U.S. each year. As Professor Dweikat told the newspaper, “You go to the store and you can buy a bottle of hemp oil for $15. We could grow it here.”

Despite those restrictions, a growing number of entrepreneurs believe hemp-derived products are only now finding their audience with American consumers.

“There’s an innate understanding of how (hemp) works,” says Cherie Arnold, founder and principal of the Colorado-based MediQi Energetics.

The company, which started last autumn, has launched a line of cannabinoid (CBD)-infused wellness and nutrition products derived from imported industrial hemp.

Arnold, a former executive with Chanel and Estee Lauder, believes there are many similarities between the traditional cosmetic industries and her fledgling line of products – particularly in how they are developed.

“In cosmetics there had to be a fusion between the regulatory standards and the medical model,” she notes. “And in R&D, some of the greatest breakthroughs in cosmetics came from patented solutions: from universities and scientific research.”

That approach, see says, also holds true for her new line of work. But there’s also the mission of educating consumers about the differences between industrial hemp and marijuana.

“We start with the health benefits of hemp and the story of hemp,” she tells WeedWorthy, “how it’s been around forever, how it works. It’s not about making claims and about having to be a curative medicine; it’s a health benefit preventative.”

Arnold also says the main target for her hemp-based nutraceuticals are the same audience as cosmetics.

“It’s women-centric,” she adds. “Eighty-five percent of the women make the buying, purchasing decisions for their families. They’re ready for a shift. They’re ready for the real, authentic nutrition support. They want that for their kids, they want that for their teenagers, their young adults, the parents they’re taking care of, their peak-performance husbands and the retirees. And most of all, for themselves.”

Arnold believes industrial hemp will soon be recognized for its wide spectrum of benefits by both the U.S. public – as well as by Congress, where lawmakers are considering a measure that would amend the federal Controlled Substances Act to exclude industrial hemp from the formal definition of marijuana, paving the way for hemp’s eventual legalization in the United States.

The President of the United States Made a Marijuan...
Cooking with cannabis: ‘I have a fish guy, a meat ...