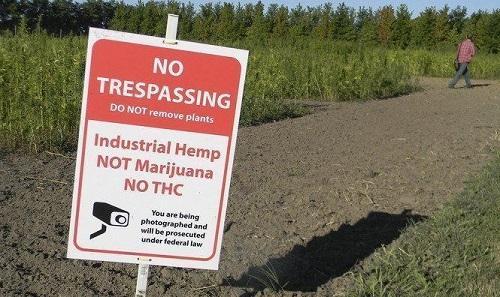 INDIANAPOLIS -- Marijuana’s high-less cousin is a step closer to returning to Indiana. Lawmakers have allowed the state seed commissioner to license farmers to grow industrial hemp - if and when the federal government stops treating it like a Schedule I drug.

Purdue researchers foresee Congress ending a federal ban on hemp production in the United States within the next year.

“When that happens, we could be ready to open this up to anybody who want to grow it,” said Purdue agronomist Ron Turco, who’s oversees the university's hemp fields.