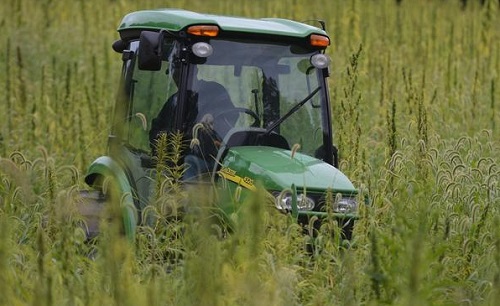 Farmers in Indiana and Michigan are preparing to start growing hemp as a legal agricultural commodity following the declassification of industrial hemp as a narcotic with the passage of the federal Farm Bill in 2018.

Between the two Midwestern states, hundreds of permits have been issued to plant thousands of acres of hemp, a cousin of marijuana that contains almost none of the psychoactive component that gets users high, the South Bend Tribune reported.

Milan Kluko, of New Buffalo, Michigan, has been hydroponically cultivating fresh produce for grocery stores and restaurants for years.